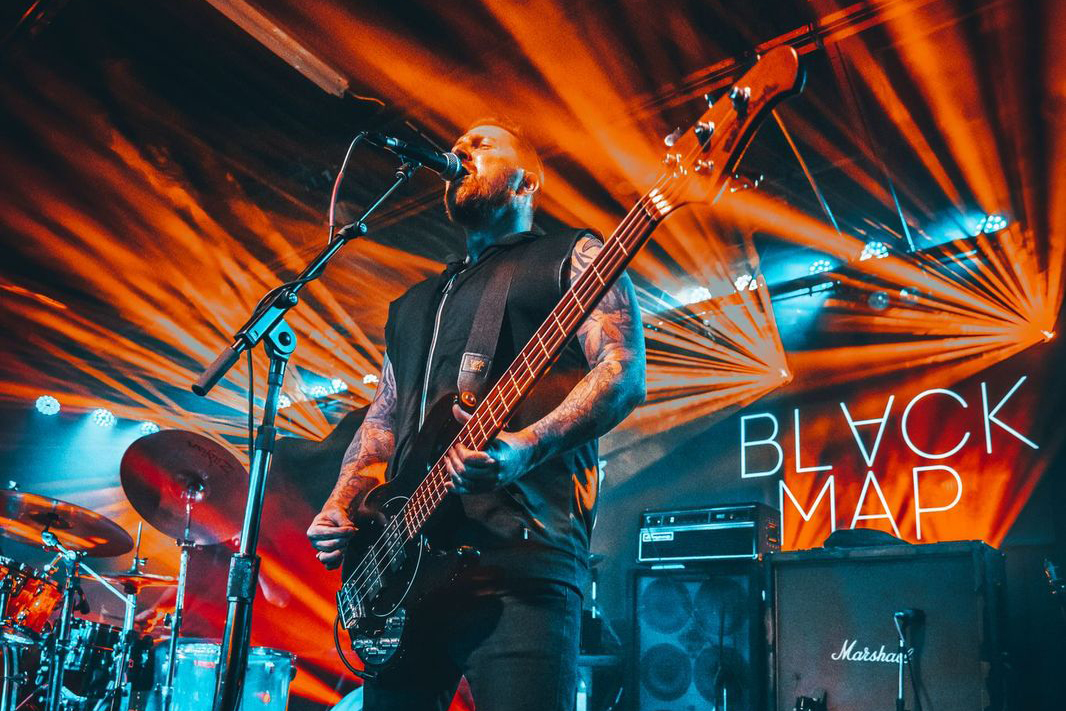 The post-hardcore supergroup Black Map struck again earlier this year with their third studio album, Melodoria, which delivers heavy riffs with memorable hooks in the realm of Tool, Chevelle, and Deftones. The San Francisco-based trio consists of bassist/vocalist Ben Flanagan of The Trophy Fire, Mark Engles of dredg, and Chris Robyn of Far.

Flanagan dishes out a huge, crunchy bass tone to fill out the three-piece band’s sound, adding chords to fatten the texture. Any bassist with ears will also catch onto his killer hooks from the low end.

We caught up with Flanagan to find out about his bass heroes, the new album, and his bass gear.

Melodoria is available now on CD, vinyl and as a digital download (iTunes and Amazon MP3).

Who are your main bass influences?

Joe Lally from Fugazi is probably my biggest influence in my approach to my writing and how the bass should fit within the song. Robert Deleo is another one.

Doug Pinnick from Kings X and Ken Andrews/Greg Edwards from Failure are who I most closely try to model my tone and a lot of my style after. Big distortion that cuts through but also with a really solid mid-range punch. Also, a lot of chords on the bass to fill out the sound in a 3 piece.

What are the four albums from your youth that inform your style?

What is your writing process like? Is it from the bass?

Sometimes but not too often. Songs like “Indoor Kid” or “Left for Dead” off of the new record are kind of centered around a bass pattern and that is where the song starts. Generally, though, the song is written on an electric and then demoed out/flushed out in Logic. I will usually start off with a very “meat and potatoes” bass groove just following the roots until I know exactly what the vocal is going to do. Once that element is solidified I go back and figure out exactly how to weave in the bass part that best serves the song.

How has your sound and process changed in the four years since Trace the Path?

I think each record we continually progressed in that we have thrown out any rules that we may have had at the beginning. The first record was pretty much exclusively dropped C tuning because we just wanted a constant wall of low sound. Still love that musical palette but we’ve opened up our boundaries and become more experimental with our sonic palette and don’t live in that world anymore. Trace the Path was important for us because it kind of encapsulated our whole spectrum with the album opening up with a blasting, tuned down, odd time signature song and ending with one of our most delicate and ethereal tunes. We continue to enjoy that balance. 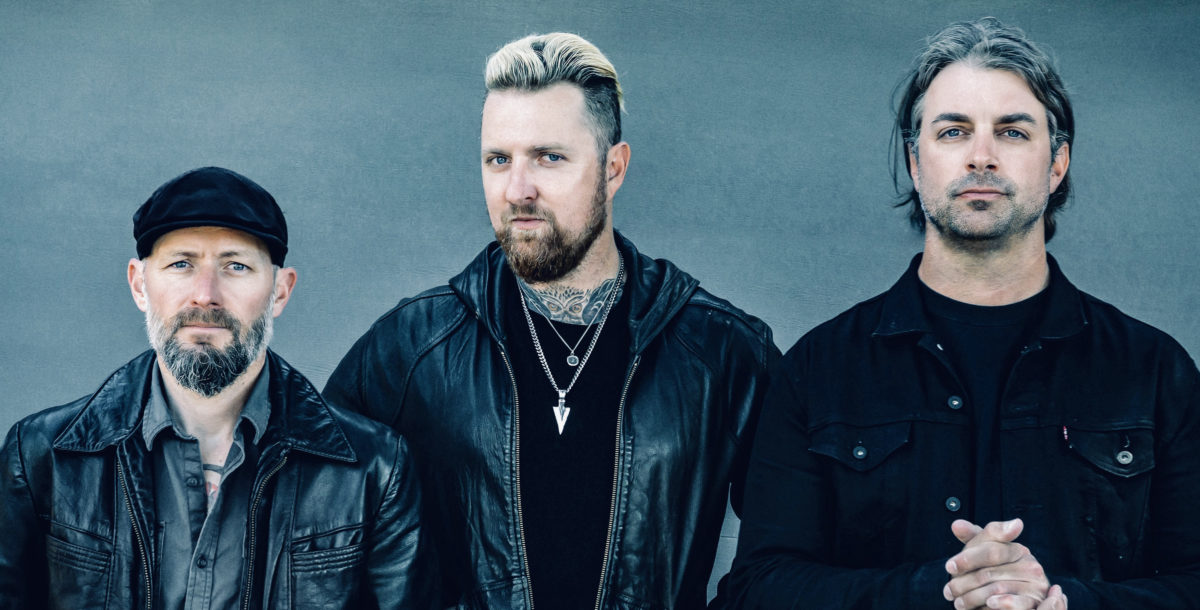 “Capture the Flag” has a great bass line. How do you decide where to fill in song arrangements with the bass?

Thanks. That was a song that was really written in the room together as a whole band. From a bass perspective it’s really just me trying to be contrapuntal to the guitar. In the intro Mark has this kind of ping pong-y guitar part and I just wanted to do big, distorted power chords underneath. When he starts doing a staccato/stabby guitar part in the pre-chorus we kind of switch places and I start a pretty busy kind of bluesy pentatonic line. Later on the song we finally meet up on that line and it’s really satisfying.

How does your singing affect your bass lines?

Is this song fine relying mostly on the roots? Maybe it is. Does this need something beautiful and interesting and meandering? Maybe. I really just look at each song under its own microscope, and once I know what the vocal is going to do, that usually kind of sorts itself out naturally.

We have some parts that are very hard to sing and play at the same time but I manage. It’s really the songs that rely on verse bass lines around the 12th fret or so like the verses in “Left for Dead”, “Melee”, or the first verse in “Run Rabbit Run”. It’s a lot more fun to do parts where I don’t have to look down at my fretboard but sometimes the song just calls for that kind of line.

Can you give us a rundown of your bass gear?

I use an Ampeg SVT Classic amp and an Ampeg Cab.

For my board I mostly MXR who have been great to me in getting me what I need for my sound.

What else is coming up for you?

We just got off the road on a two-month tour with 10 Years which was fantastic. The plan is to continue to tour and support our new record Melodoria.