Arturia has a long legacy of emulating classic hardware as plug-ins, but a few years ago the French company released Pigments, it’s the first unique synthesizer with a spectacular array of functionality, modulation and routing options. Alongside this, Arturia also introduced a range of effects plug-ins that included emulations of classic hardware alongside its own takes on particular processors.

Some of these developments have now culminated in the release of EFX Fragments. Taking tiny samples of any sound fed into it, EFX Fragments applies granulation to anything and everything. By harnessing the power from other Arturia software, Efx Fragments can convert your sounds into a stutter-y beat or an ethereal landscape and functions as an intuitive instrument in its own right.

Granular synthesis involves taking tiny samples of audio and playing them back in different ways, depending on the parameters the user defines. The granular controls in Efx Fragments are divided into three main sections: the Buffer (which contains the waveform view of the incoming audio), the Grain Capture section and the Grain Release section. These sections all interact and adjusting the functions in one will affect the others.

The Grain Capture section sets the length of the sampled grains as a ratio of the original playback speed from half-speed through to double-speed or as spread of values ​​across this range. The choices here depend on what you are processing. We found the faster grains worked particularly well on pianos and that values ​​closer to unity worked well on percussive sounds.

There is the option to synchronise the capture to the incoming audio by either linking it to the grid or the incoming audio transient. Again, this will depend on what sounds you are trying to achieve but we spent most of our time playing with EFX Fragments in free-running mode and leaving the effect unsynchronised.

The Grain Release section is where the textures are really made – this section controls how the grains are played back. There are three core algorithms in this section, Classic, Rhythmic and Texture. These all have the same basic controls to select the playback grain size, density, pitch changes and so on, but the different algorithms change the default method by with the granules are treated. 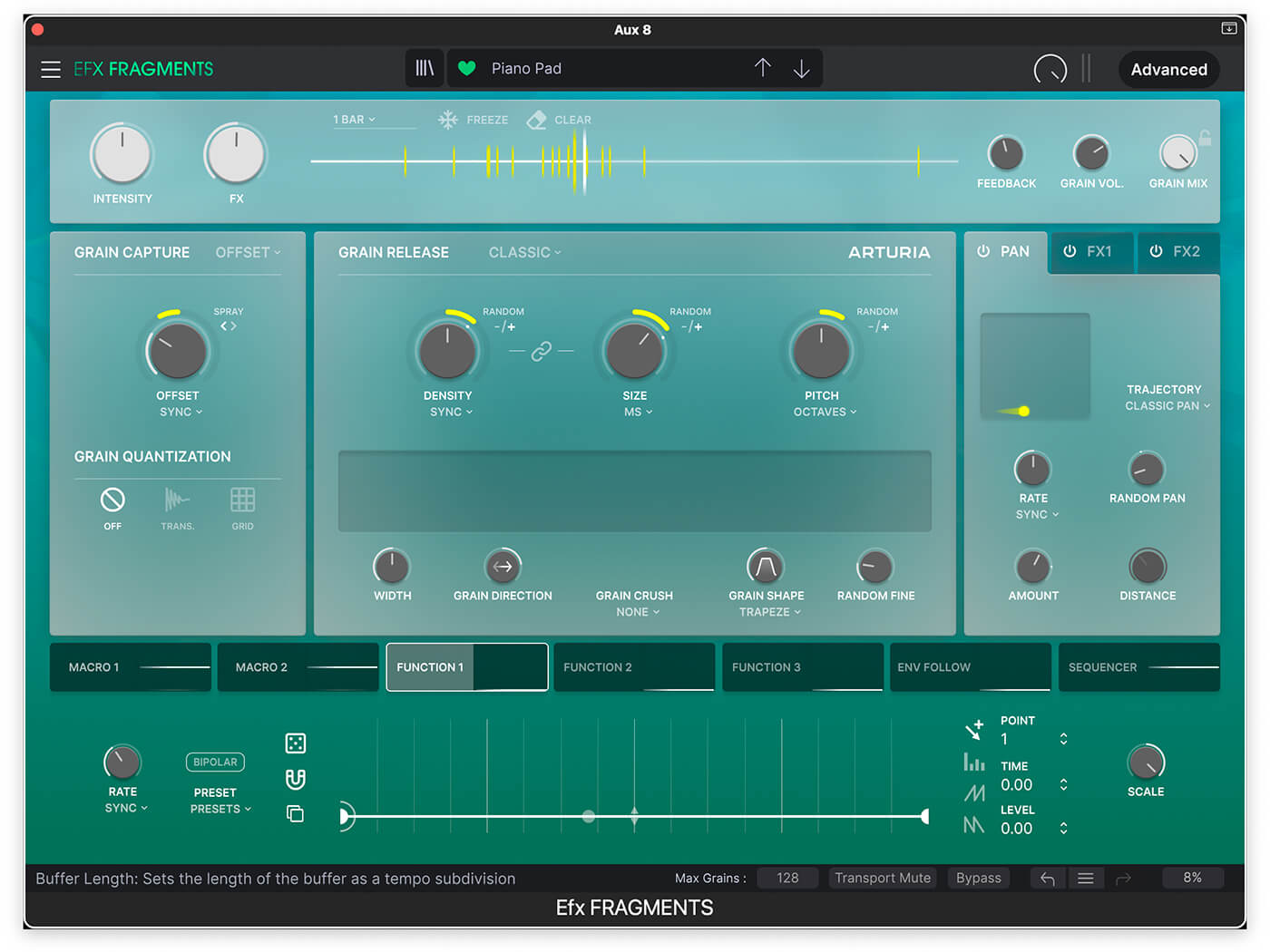 There is a plethora of potential sounds you can create with Efx Fragments, so we focused on three basic starting points: a piano, an 808 drum sample and a synth texture to explore the different modes and effects that the plug-in has to offer.

We started with some textural sounds and explored how changing the grain lengths and density affected the overall sound. For this particular piano part, we explored the ethereal sounds that Efx Fragments can create, the higher the density the more reverb-y the sound became and, in the context of the part, these worked best.

The 808 loop that we created involved tweaking the more rhythmic settings and exploring the synchronisation settings. We love the sound of glitchy beats but they can be tedious to program. By syncing the Grain Capture and release controls to the tempo and the step sequencer, it was easier to create complex, intricate rhythmic patterns and changes.

It was during our experiments with the rhythmic settings that we came across a sound that we particularly liked and were worried we would lose. Fortunately, Efx Fragments has a Freeze function within the Buffer section. Freeze pauses the playback head in the buffer and continues to playback whatever is loaded at that time until unfrozen – perfect for re-sampling.

The rhythmic grains also worked particularly effectively on synth sounds – it instantly transformed a relatively simple synth pad into a sound with movement and texture. 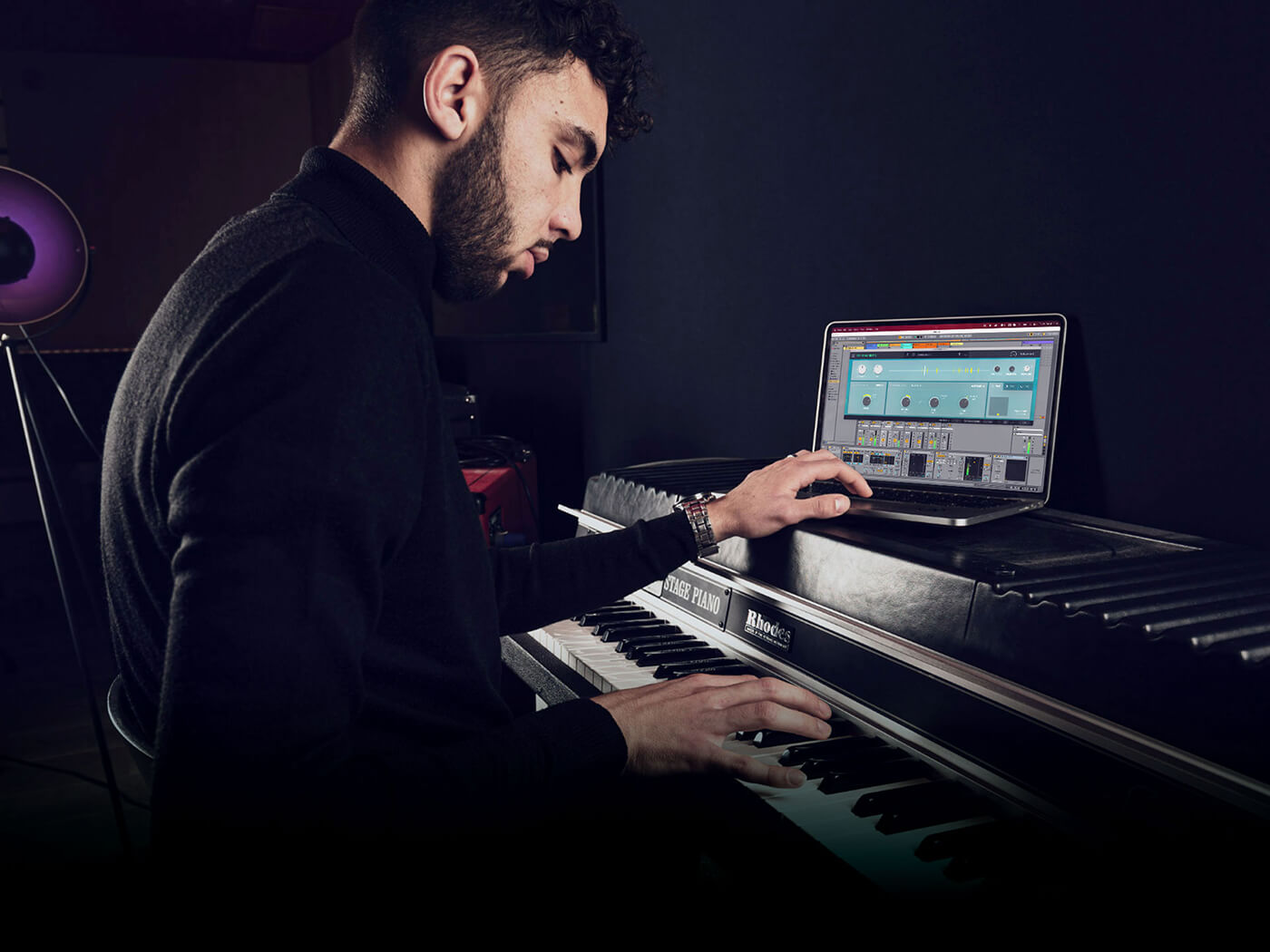 The secret sauce that enhances EFX Fragments’ sounds is the built-in effects section. There are three effects slots but one is permanently assigned as an auto-pan with controls for speed, amount and distance, and this can modify the stereo image of any patch. The Trajectory function moves the sound in three dimensions by adjusting the relative volume as the grains panned. It’s effective, but we found ourselves frequently returning to the more reliable classic panner.

The other two effects slots contain the usual assortment of effects including reverbs, delays and filters. All the effects were very useable but the built-in reverb is especially useful at making the grains sit nicely in the mix. 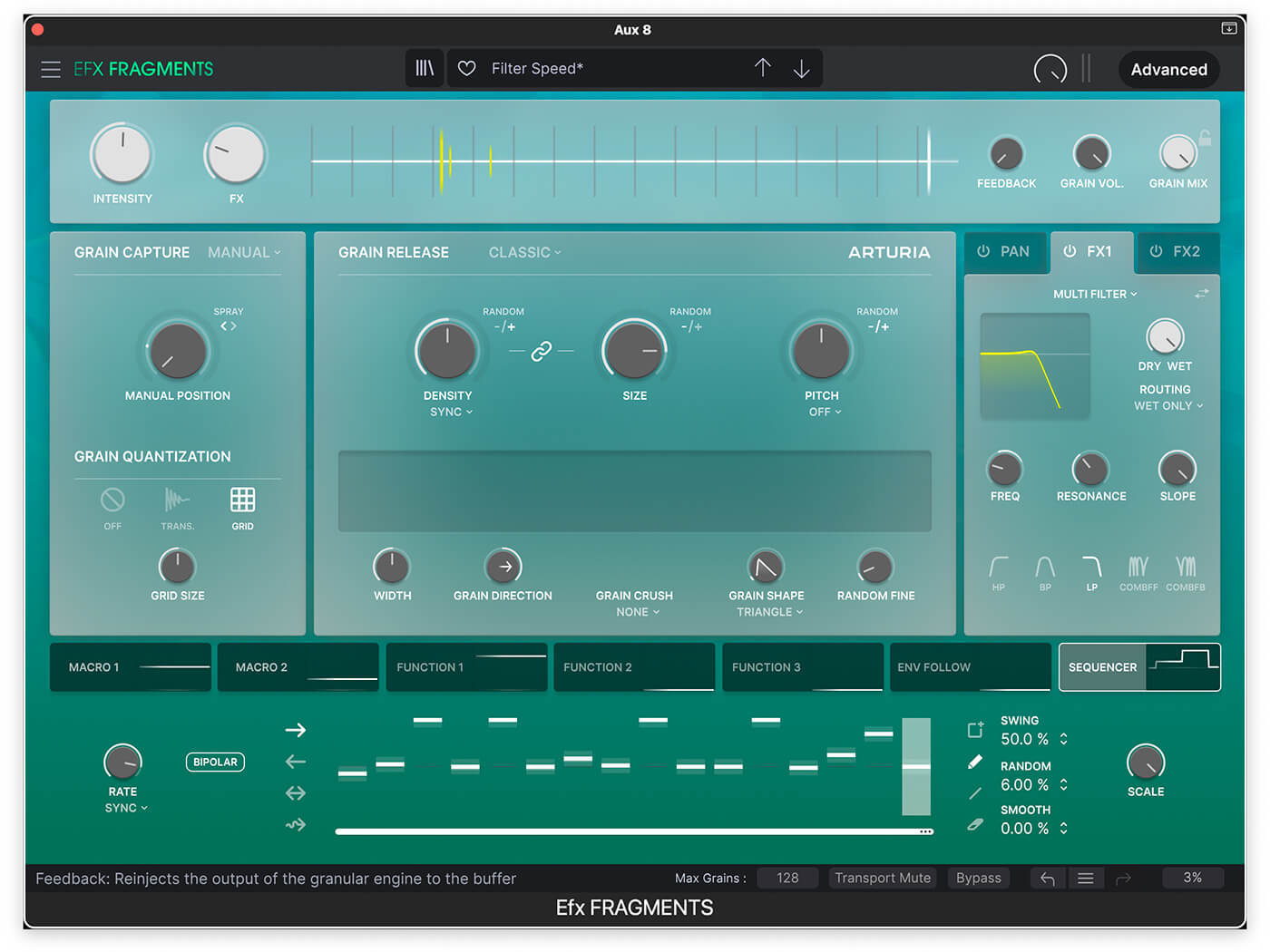 Efx Fragments takes granular synthesis to the next level with its myriad routing and modulation possibilities. There are three Functions that work similarly to an LFO but, rather than having a limited selection of waveforms, you can create completely individual paths for your parameter changes to follow. These can be assigned to multiple parameters, so it’s possible to have a simultaneously a stepped pattern changing the buffer size, the grain release pitch and the pan width all at the same time on one function.

You can assign the envelope follower to adjust parameters either from the envelope of the incoming audio or from a sidechain input – such as increasing the grain depth on a snare sound every time the kick drum plays. The step sequencer has a similar effect on the effect parameters synchronized to the global tempo and divisions of it.

We found the modulation and routing section truly set this effect apart from other granular effects we have tried in the past. Our previous default granular effect was built in NI Reaktor, and lacks the versatility of EFX Fragments. The sounds Efx Fragments can create are a whopping step up from previous granulator effects we’ve used before.

This plug-in is genuinely inspirational. It can be used in an impressive number of ways to enhance and alter sounds to find new creative sounds. The rhythmic and textural sounds that you can create with Efx Fragments are a gateway to an entirely new arsenal of timbres.