Growing up in Belgium with classical musician parents, a young FloFilz – AKA Florian Meier – always had a natural affinity to jazz. Citing Dave Brubeck among the artists that his dad would play on the family’s record player, he learned to play the violin after being bought a tiny one when he was just four-years-old.

“My mum helped me out a bit by telling me if things sounded a bit off,” he tells MusicTech, remembering that he would use his knife and fork as a pretend violin at the dinner table. After having some proper lessons, he picked the instrument up quite easily. “Because the music was always there at home, I guess it helped me to already have some kind of ear for it”.

Discovering hip-hop through his love of jazz in his teenage years was a huge influence on Florian, too. “I got addicted to A Tribe Called Quest and would listen to them all the time,” he recalls, after moving to the small German city of Arnheim around the same time. From there, while studying classical music, Florian discovered similar artists as well as the instrumental beat scene both in Germany and internationally.

“The legends like Madlib and Dillatoo – that’s what made me really want to make stuff like that myself,” he says, remembering being drawn to the soulful sounds, raw groove of the drums and the fact that “it takes you to different worlds in a way”.

Then, in his early 20s, Florian took all these influences and taught himself how to produce music. But, because most of the people he knew were classical musicians and didn’t know much about producing, he didn’t have anyone to guide him.

“Sadly, I didn’t really have anyone to show me things in person,” he says, having downloaded FL Studio and watched countless video tutorials on YouTube instead. 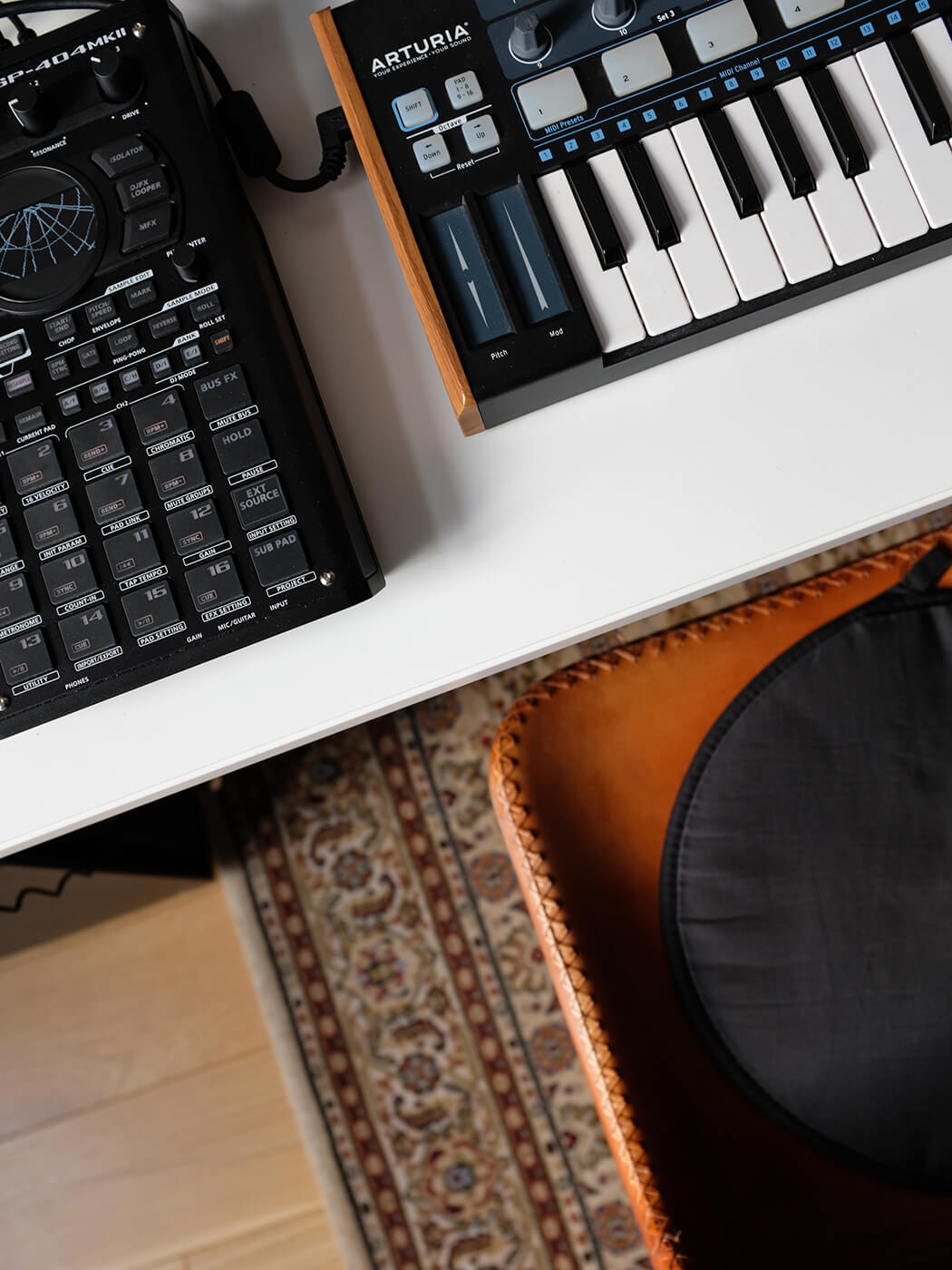 “Obviously, it helps a lot if you just have someone to show you the basics and how you get around things but it wasn’t really there, so I just went through it myself.” After a year of trying things out, Florian modestly says he got some “kind of OK-ish results”, adding that it was “a case of trial and error”.

The idea of ​​bridging the words of jazz and hip-hop together helped shape the eclectic music that Florian would go on to make and release under the name FloFIlz. “I guess it’s separate to some people. But, on the other hand, I feel like it’s a continuation because hip-hop comes from jazz in a lot of ways,” he says, having clocked up over 200 million streams on his soulful sample-laden tracks, which are sometimes referred to as study music by streaming platforms and listeners.

“There’s a similar movement so, for me, it’s all pretty connected but also they went in two separate ways at some point.” What makes jazz his favorite genre, he says, is the chords and atmosphere. He’s had a lifelong interest in the “raw sounds” emparted by the machines that would be used to make music in previous generations ago – for example the E-mu SP-1200 Akai MPC series. “It’s really fascinating to me already, how you can create something new with something that’s done the work.”

Nowadays, Florian mostly uses modern techniques when it comes to production, using Ableton Live and Push to swiftly chop samples. He also employs the Roland SP-202 sampler for filters and the effects “to add that rawness,” as well. When it comes to searching for samples to use, Florian’s process is a mix of the physical and digital.

“I love going record digging. Whenever I have a show, I always try to check out the local record store and find something that could be used for new projects.” He also likes scouring YouTube for hidden gems – “going on really small channels and into the [rabbit hole] of finding one track and then another and another.” 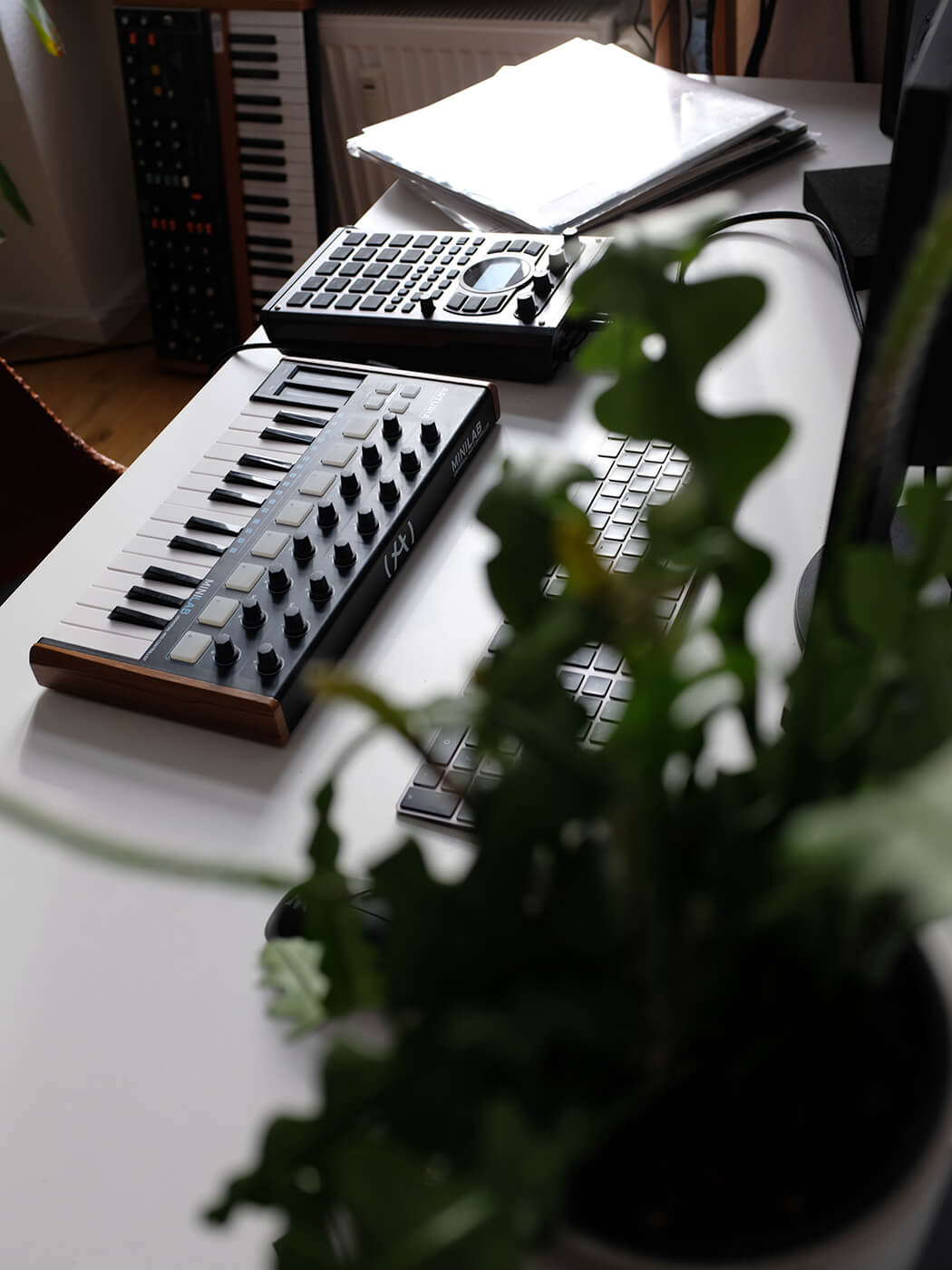 As someone who always likes to champion other artists, it makes sense that the main influence for his new album was the UK jazz scene and the artists within it. “There’s just so much talent and so many amazing people to work with,” he says.

“[It’s a] massive melting pot where all the influences are mixing. Everyone is taking something from everyone and inspiring each other, which helps create a specific sound, too.”

Having started working on the record prior to the pandemic, Florian reached out to a handful of artists within that community to see if they would like to collaborate. Of course, many said yes, including Jerome Thomas (SensitiveBlue Lab Beats (Skybox) and Alfa Mist (Uteki) who feature across its 16 tracks.

The album title, Close Distance, carries real meaning, too, especially considering the time during which the majority of it was created. “I was thinking, during the pandemic, there was this feeling of getting closer to yourself in a way; it was kind of forced because there wasn’t really anything else to do. It felt like you were kind of locked in with yourself,” Florian says.

This period of introspection, in turn, made him learn more about himself and the kind of music he likes as well as the direction that he wanted to go in when it came to his own music. At the same time, the title also alludes to the distance around and the fact that collaborations were then finished over the internet via email.

Florian wasn’t too phased by the period of isolation at first, however: “I did like to have the quietness in a way to not be too distracted by stuff that was happening around.”

However, he recalls a lack of inspiration due to the “depressing nature of the whole situation”. Not being able to travel or play shows, or meet other artists also had an impact, he reflects: “There were some down times but then there were up times again.” This uncertainty, though, made him “motivated to finish the project”. 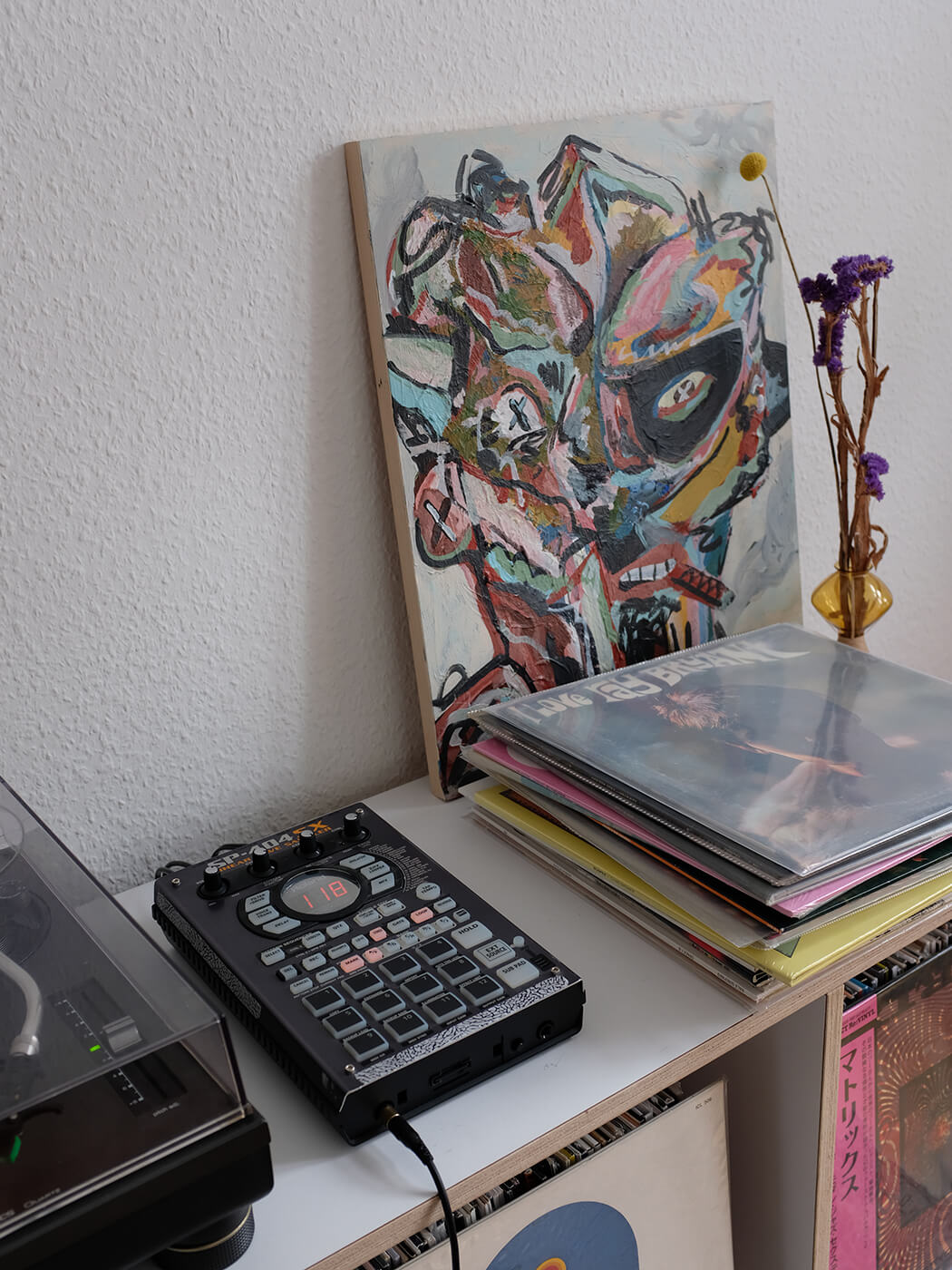 With this new album, he hopes that his sound has evolved. “I wanted to go in a bit of a different direction—the core sound is still there—but I was trying to be a bit more diverse with it.” He also hopes that it will encourage other budding producers to follow the direction they want to go in.

“I feel like it’s probably quite easy to be discouraged and distracted in so many ways nowadays because there’s so many artists, so many beatmakers,” he says. “So it’s just important to focus on what you really want to do and try not to be influenced too much by the sole idea of ​​ending up on the big playlists. It’s just the thing that’s happening right now,” he adds, having had thoughts himself about tweaking certain things about a track to increase his chances of a playlist curator’s approval.

“I really try to avoid this because I don’t want to be guided by those things,” he says. “Just go for the sound you want to do and you want to make. If it’s something that really reflects yourself, then people are also going to notice and it’s going to catch on at some point.”

FloFilz Close Distance is out now on Melting Pot Music.