The Polk MagniFi Mini AX is a compact soundbar and subwoofer combo that supports the Dolby Atmos and DTS:X surround sound standards, and is aimed at buyers who don’t have a lot of space but want something that’ll deliver an impact.

Coming in the wake of Polk’s own React soundbarthe original MagniFi Mini (which doesn’t support Dolby Atmos), and rivaling the Sonos Beam Gen 2 (which does), the Polk MagniFi Mini AX is a compelling package.

The Polk MagniFi Mini AX comprises a 3.1 system but you can upgrade to 5.1 with two Polk SR2 Wireless Surround Speakers, for £159/$199. You can also easily stream music to the soundbar, either via Wi-Fi – with Apple AirPlay 2, Google Chromecast, and Spotify Connect – or Bluetooth.

Like the Sonos Beam gen 2 and the Panasonic SoundSlayer SC-HTB01, the Polk MagniFi Mini AX is a dinky thing. It’s designed to sit underneath your TV – there are no screw threads, so it can’t be wall-mounted.

Despite its size, it hides five speakers underneath a dark gray material weave – two tweeters on either side, three mid-range speakers sitting left, right, and centre.

While there are no side or upward-firing speakers, Polk’s SDA (stereo dimensional array) technology will upmix stereo audio to 360 degree sound, somewhat compensating for this. Polk’s VoiceAdjust software also works in tandem with the central speaker to give dialogue a boost.

On the top sits a bank of controls coated in a rubbery material. Round the back are an array of ports, HDMI with eARC, optical, 3.5mm, and a Type-A USB port for firmware updates. There’s also a pairing button for wirelessly linking the soundbar to the sub, and other speakers. Ideally, you should have the subwoofer set up as close to the soundbar as possible, but Polk says the devices can be as far as 10 meters apart.

Thanks to eARC, simply connecting the MagniFi Mini AX to your TV’s HDMI port labeled ‘ARC’ will allow for a basic plug-and-play set up, letting you adjust the volume with your TV remote. While there’s no way to control the MagniFi Mini AX with an app, it supports Apple AirPlay and Google Chromecast, so you can at least stream content from your phone. That said, we had to wait a few minutes for an update to install when we first connected to the soundbar with our Google Pixel 6. AirPlay and Spotfiy Connect worked instantly.

The remote control lets you raise and lower bass and voice levels by increments of four, as well as raise and lower the overall volume. You can also jump between four sound modes and, if you have some side speakers connected, adjust volume and balance. 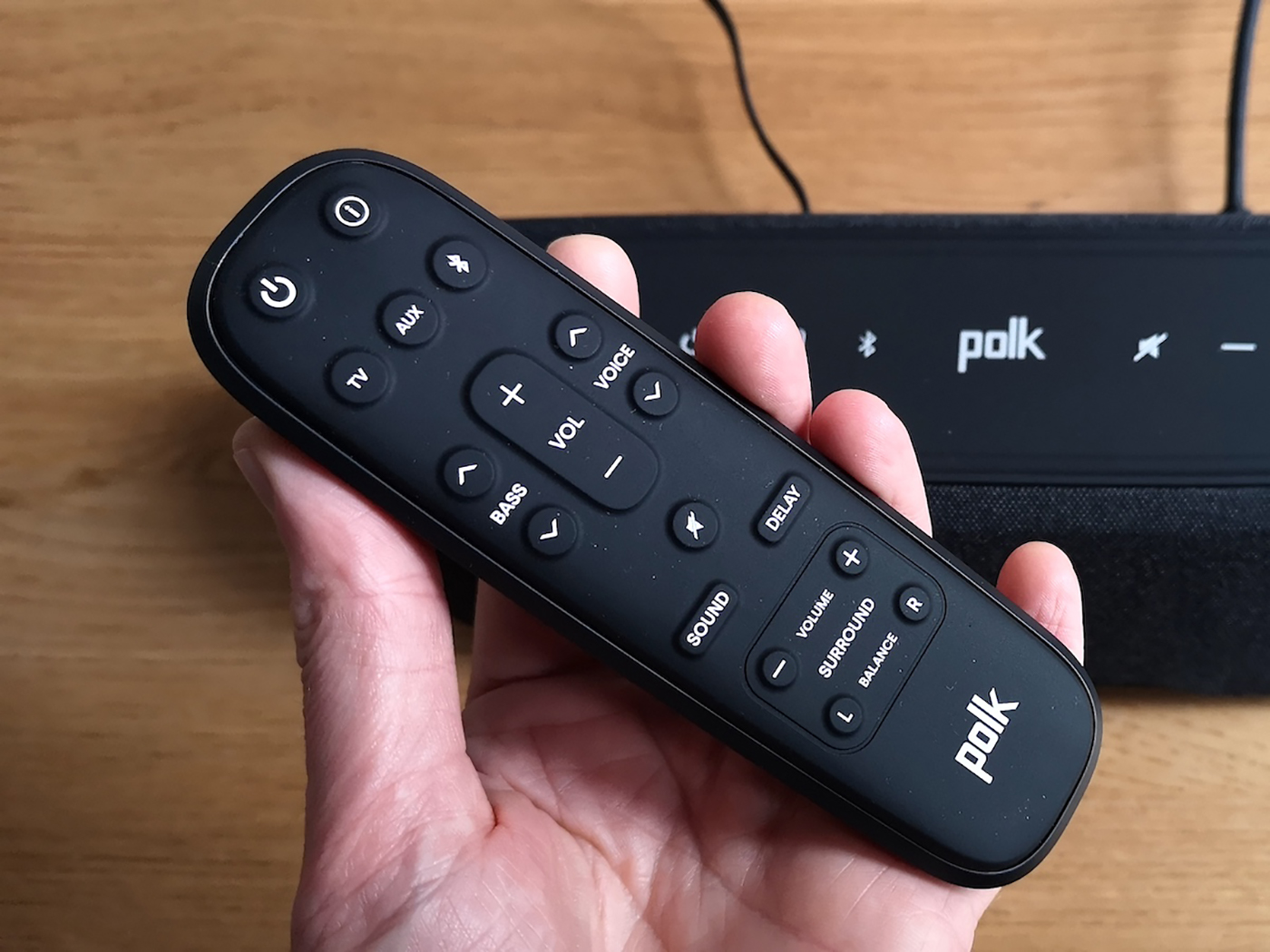 The Polk MagniFi Mini AX delivers fantastic sound that really elevates movies and TV, and an enjoyable listen for music too. It’s a much louder speaker than its size might suggest, and it conjures a reasonably wide soundstage.

In the prelude to the fight at Huai An, Jen Yu slices the weapons of two goons in half. Her sword cuts left to right. Then the scene cuts to a close-up of her adversaries standing back in shock, pieces of wood and metal dropping out of the frame, hitting the ground with a satisfying thunk. The MagniFi Mini AX places the sound very appropriately. You’d be forgiven for thinking that the fragments had actually landed somewhere beneath your TV.

The big fight scene on Yellow Hill is made more immersive by the MagniFi Mini AX. Early on, a flock of crows flutters up and away from a tree, and both the cawing and flapping of wings sounds travel upwards nicely, although I didn’t find the impression of height to be quite as convincing as with the Sonos Beam gen 2. The effect of immersion isn’t as enthralling what you get with, say, the Sennheiser Ambeo Soundbar – but then the MagniFi Mini AX is a fraction of the size and the cost.

As there are no dedicated bass drivers on the soundbar itself, it’s unsurprising to learn that low-end tunes are basically not there. At the start of S4E3 of Stranger Things, a helicopter lands in the garden of a suburban house at night – with the subwoofer connected, you can feel the vibrations increasing as the chopper gets closer to the ground. Without the sub, the noise is there, but it has nowhere near the same weight.

For both movies and TV shows, I found myself jumping between Movie and 3D sound modes. 3D is probably the best mode if you’re watching something with an immersive soundtrack, but you’ll want to raise the voice level, whereas Movie mode is more balanced. 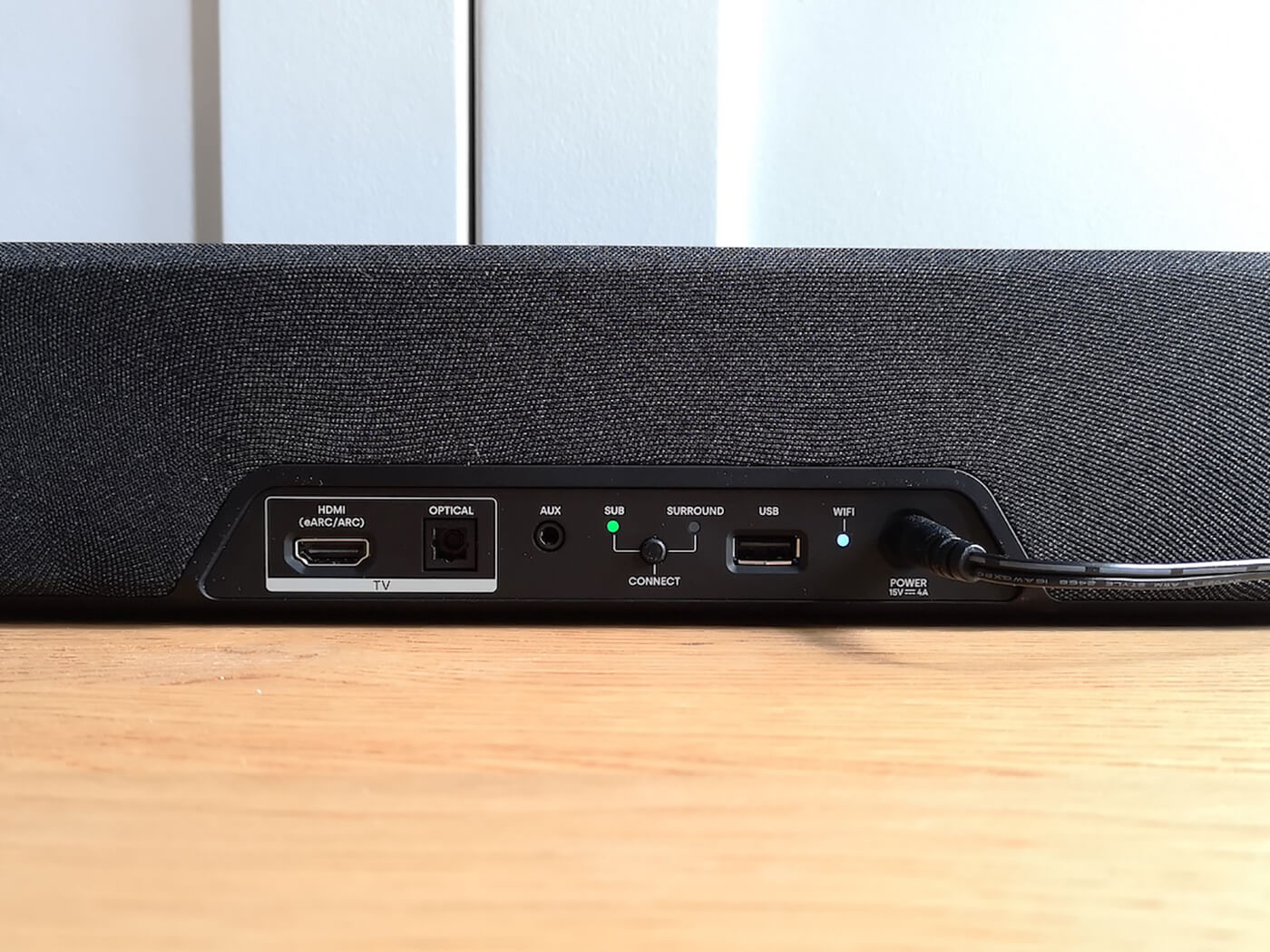 Unsurprisingly, Music mode is ideal for listening to music, while the range-compressing Night mode is for times when you’re watching something at night and you don’t want to annoy your neighbors.

Music sounded well balanced with not anything in particular dominating across a wide range of tracks I tested. Dave Brubeck’s Take Five sounded excellent, with the natural resonance of the drums reverberating nicely and clearly, definite and prominent in the mix, but never crowding out anything else.

Likewise, the acoustic bass notes of Holly Cole’s Train Song sounded impossibly deep coming out of the sub, but thanks to the MagniFi Mini AX’s tweeters, a lot of the little percussive hits and subtle details, like Cole’s throat clearing noise at 0:43, stood out here. Likewise, Peter Gabriel’s whispered vocals on Intruder sounded crystal clear, sandwiched between breezeblock snare hits. Acoustic pieces with high frequency noise, whether they were gentle, like Nick Drake’s Things Behind The Sunor busy, like Doc Watson’s Dill Pickle Ragalways sounded rich and tack-sharp.

The overdriven bassline of Dead Prez’s Hip-Hop on the other hand sounded not so good at high volumes. Beyond the 70% mark the kick drums were muffled and indistinct, although the dropouts on that track were still expressed well.

On its own, the Polk MagniFi Mini AX is an excellent package, and you certainly get your money’s worth. It’s a good alternative to the Sonos Beam gen 2, which costs roughly the same, but doesn’t come with a subwoofer included. There’s also an upgrade path to a 5.1 system, but there’s no support for multi-room entertainment, which may or may not be a dealbreaker.

It’s arguably better value than the Polk React, which, although cheaper on its own, costs about the same when bought with a sub, but it doesn’t support Dolby Atmos. On the other hand, you can’t just buy the MagniFi Mini AX soundbar on its own – it always comes with the subwoofer. While the RRP is still attractive, if you can’t or don’t want to drop over 400 notes on something, then the Polk React or the Panasonic SoundSlayer might be better options. 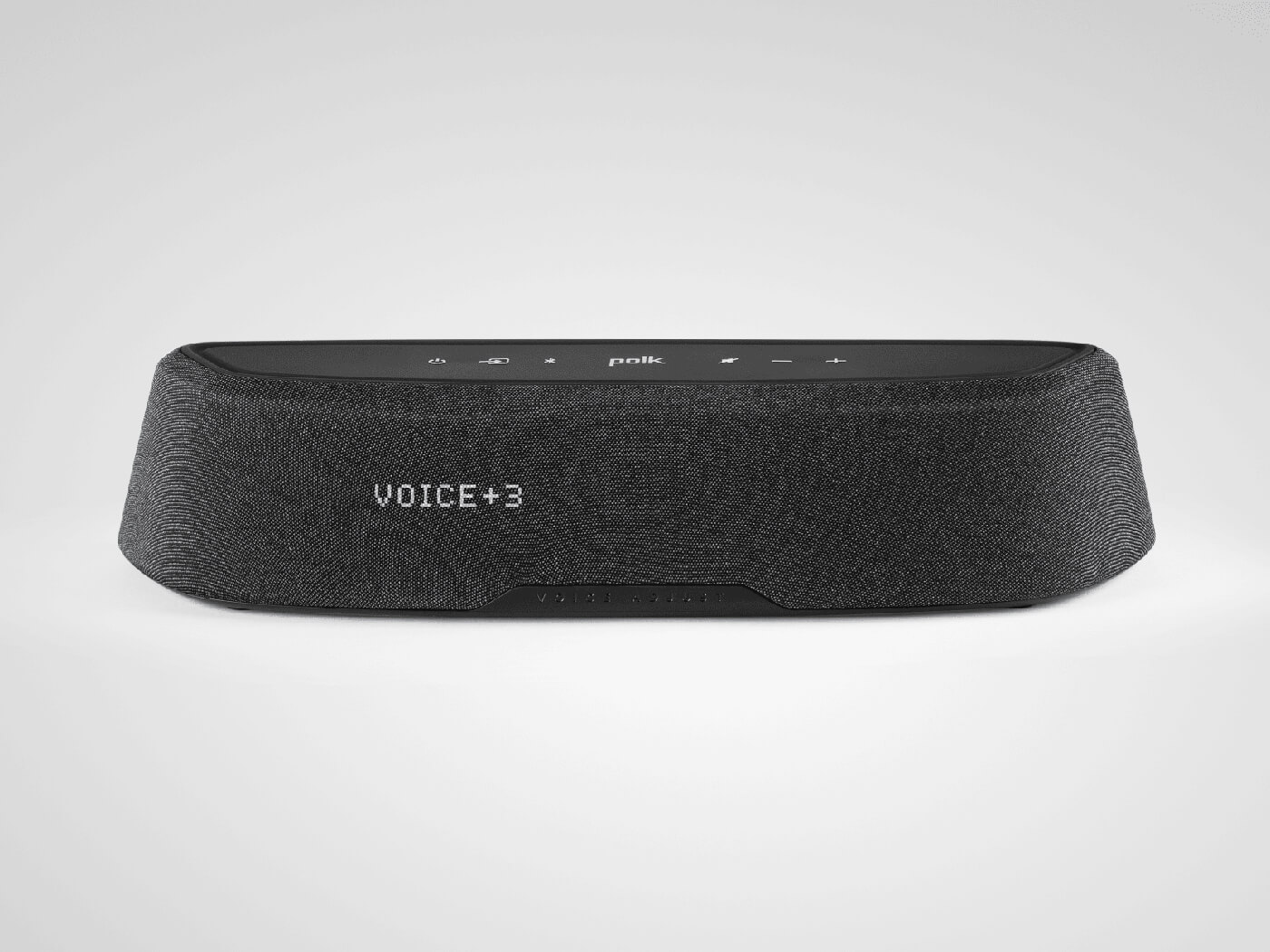