We finally got our hands on the beautiful Antonus Arp 2600. Was it worth the wait?

The starting point for reviewing a unit like this is to state categorically that the ARP 2600 is regarded as sitting on the top-tier of classic synths. Because of this – and perhaps as it didn’t employ custom, rare or completely unavailable integrated circuit components or complex control and memory circuitry – many attempts have been made to reproduce its essence. Recently there has been a swathe of hardware-based clones (or tributes, depending on your perspective), with Korg, Behringer and others in the mix. There are also a host of plug-in emulations, including the long-standing TimewARP 2600 and versions from Cherry Audio and Arturia.

To this, we can add the Antonus 2600, which itself is based around the TTSH DIY clone that’s been around for a number of years. That being said this is more than a slightly modded DIY build. Antonus likes to think of their product as being as authentic as can be – but more on this later.

Alan R Pearlman’s ARP Instruments began in 1970 with the ARP2500, a huge modular system. Whilst modular systems offer maximum flexibility, they are also complex. This means that they require some degree of patching to make even the simplest noises. The other drawback of early modular’s was their cost. Although they could create amazing soundscapes and elaborate evolving patches – perfect for sound design – the expenses involved meant they were largely purchased by universities or wealthy rock musicians.

They later also found that creating playable sounds – especially ones that could be reproduced on stage – was difficult. Only the most ardent of synthesists could pull it off. This is where Minimoog and ARP’s Odyssey were squarely aimed. Both employed a fixed architecture that ended up forming the basis of many subtractive-synth designs (ie ones that start with a waveform that is then shaped by some kind of filter).

The ARP 2600 sits somewhere between the simpler pre-configured design of an Odyssey and the flexibility of a full modular. Importantly, although there are numerous patch points, it is possible to use the 2600 as an entirely pre-configured synth. Patching can then be used to subvert standard routings (of which there are many already), access additional onboard functions, or interface with other gear.

Like many other ARP synths, the 2600 attempts to make things easier to understand by including bold graphical elements on the front panel. This helps with indicating the routing and function of each of its various sections. This comes from Alan R Pearlman’s original intent to include synthesizers in the music classroom.

Given that the 2600 shares some circuit elements with the Odyssey, one could be forgiven for thinking that this is just a ‘deluxe’ version of its sibling. However, there must be a reason why it is seen in a superlative light – not that the Odyssey is any slouch! In very basic terms, the 2600 is a three oscillator subtractive analogue synth. The VCOs (Voltage Controlled Oscillators) are separately tuneable and routed into a VCF (Voltage Controlled Filter. This is then followed by a VCA (Voltage Controlled Amplifier) ​​section.

Additionally, there is a noise source and ring-modulated combination of VCOs 1 and 2 available at the input to the filter (which offers resonant low-pass 24db/octave shaping only). It’s important to note at this stage that the filter design on the original 2600 was redesigned in 1976 due to an ongoing battle with Moog. The recent Korg and Behringer versions offer the ability to switch between filter designs. However, the Antonus firmly sticks to the ‘infringing classic’ Moog-style transistor ladder design.

As this is generally acknowledged as the better of the two – even if at times the differences are not that great – this makes sense. In fact, Antonus used the so-called ‘Gray Meanie’ as their initial sonic and design reference. In reality, this and the ‘Blue Meanie’ were produced in small numbers. This means that finding the “authentic-sounding” 2600 is not an exact science by any means.

This is only muddied by the fact that – besides the aforementioned filter-component and board changes throughout the production run changed aspects of the sound (and with some cost-cutting measures making them technically worse in terms of noise). Meaning that the examples that apparently sound the best are also the oldest. They are likely to have been impacted by the time they have had for their components to degrade (or change), as any vintage synth might.

On the control side of things, the 2600 has two envelopes – a simple two-stage one with just attack and release controls, and a conventional 4-stage ADSR. There are additional sections for sample and hold (and clocking) as well as lag generator and signal inversion circuits. The 2600 can be interfaced to the outside world via its audio input (which also feeds an envelope generator). It also has a stereo output section that includes a spring-reverb unit. The educational intent is evident in the 2600’s front panel speakers that won’t quite convey the furniture-rattling bass of which the synth is capable, but do provide some onboard monitoring when creating sounds.

It is also worth noting that like some other synths of the era, there is no dedicated onboard LFO. Meaning that you will need to use one of the VCOs for this purpose. It’s interesting to see that while Antonus and Korg have stuck quite ardently to the original design, Behringer chose to add some front-panel extras (such as an LFO).

One addition that all the new clones offer is MIDI, and Antonus include two CV/Gate outputs allowing it to offer duophonic functionality (as per ARP’s 1973 Model 3620 keyboard). They also add portamento and an LFO that can be tweaked by a series of CC changes – not especially intuitive, but useful nonetheless. Antonus have also revised their synth to work with a wider range of external synth gear, such as modules and sequencers.

Sliding Into The Gray

There’s no doubt that the original ARP 2600 design looks imposing – they are big and heavy, with Tolex-covered cases. When Korg introduced their very-limited run 2600 FS, this approach was also taken. Antonus have kept the rugged case and general aesthetic (and with various alternative color options) but reduced the size by 80%. The synth still feels substantial but is lighter and easier to place in the studio or on stage.

The recent Korg 2600 dropped the solid case and went for a 60% size reduction. In use, I found the Korg’s smaller sliders fiddly and difficult to accurately adjust. So it’s good to see Antonus employ larger ones with LED lighting. This feature is invaluable for knowing what’s going on with so many dark shades in evidence. Being picky, I might quibble about the slider caps on the Antonus, they add a bit more physicality to the synth but they touch the case if pushed hard. They can be removed for a less authentic look and feel (similar to the Behringer) if required.

One significant difference between the Antonus, the Behringer and both the Korg’s is the fact that the former employs through-hole, rather than surface-mount (SMD) components. It’s easy to find people picking fights on internet forums with claims that SMD components are less “authentic-sounding” when employed in synth audio circuits, but there is rarely any specific or sound scientific basis for their argument. However, there is one significant point about through-hole technology that is worth noting. The circuits employing them are much easier to troubleshoot and repair. So, if you want to keep your synth running for as long as an original 2600, the Antonus is a likely winner.

So how does the Antonus 2600 sound? In a word – excellent. It can do everything that a 2600 should (along with all its tuning quirks and occasional unpredictability) – conventional leads and bases random moments of lucky tweaking leading to strange, distorted or beautiful tones. It is a synth that can turn its talents to all manner of sound creation and processing jobs. Of all the 2600 clones I found the Antonus most capable (in a good way) of driving its internal amp stages harder, which can add an edge. But, it can also alter the way in which envelope shaping responds. The spring reverb is excellent, with perhaps more “twang” than the other clones.

I would argue that the recent Korg’s sound fractionally more “polite” than the Antonus, but further investigation found that this might have been partly to do with calibration of the former’s square wave duty cycle. This only goes to demonstrate how one small tweak or change can alter the impression of a synth when explored in such a microscopic way. The reality is that even identical analogue synths will sound subtly different.

The final conundrum is that of price and one which is not easily answered given the current wildly varying price points of 2600 hardware clones. But once could estimate around £2666. However, if I wanted the best 2600 for both long-term use and sound, then the Antonus would be my optimum choice. 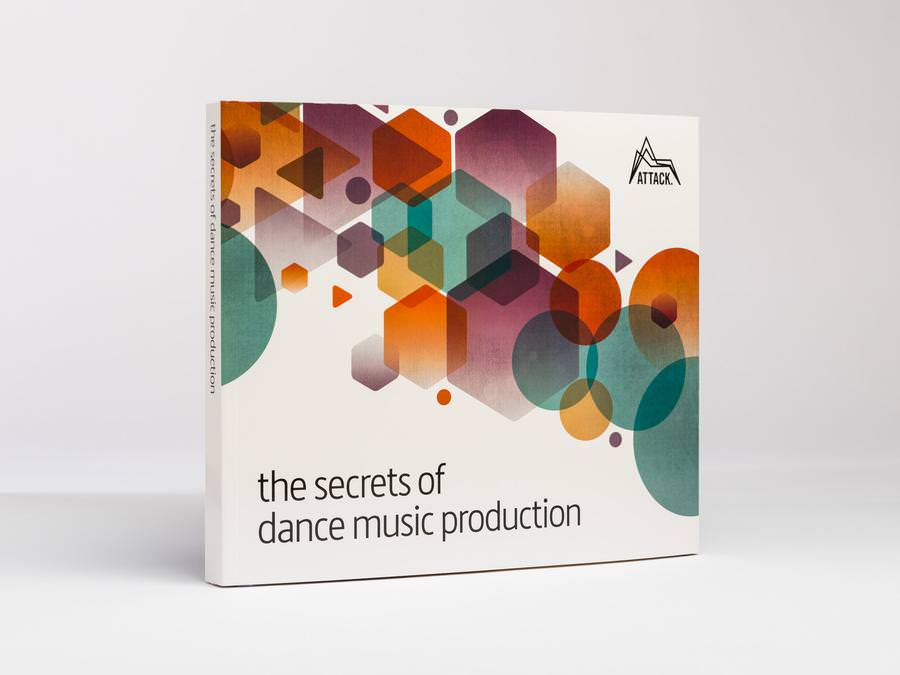