UK techno titan, Swamp81 aficionado and one half of drum ‘n’ bass outfit Instra:mental, Boddika has conjured up some of the most indulgent, head-turning techno synth riffs and punching, bass-heavy beats of the past two decades. Those tracks come in the form of Mercy (Boddika VIP), Heat and Dun Dunto name a few.

One thing that’s remained a constant over time is Boddika’s – real name Alex Green’s – secret weapon: his breathtaking studio, dubbed The Zoo, on an island on the River Thames. Making a track in there is like sitting at the helm of a burgeoning spacecraft’s cockpit powered by modular synthesis. We speak to Alex about how he uses the space to host tutorials, and dip our toes into the deep depths of its complex hardware offerings.

Hi Alex! Your studio is a treasure trove for modular. What is it about modular synthesis that excites you?

The main thing I liked about modular when I first used it was the amount of control I had, especially over an analogue system. I’ve used many different monophonic synths over the years. When I was shown what I could do on a big analogue modular system, it was game over for the old synths [laughs].

Using frequency modulation on a system with three to four VCOs and filters will take you to insane places. Finding those sweet spots became very addictive and searching around and realising what you could do with (just) an analogue system was a real eye-opener for me. Even now, I can start patching and end up in new and inspiring places or get exactly what I want from the system by patching using tried and tested techniques.

How did you end up creating a studio with such a vast array of hardware?

I never knew any different. We (Damon AKA the other half of Instra:mental) first purchased some hardware in 1997/98. We were always obsessed with analogue synths and dynamics. I don’t actually know why we were, but we just were. Even as things pushed more into digital zones, we were still only interested in the hardware.

As the tour schedule picked up and the money started coming in, I just kept buying all the machines that I’d always wanted. Over the years, the studio has changed a lot. I’ve sold a lot of the old synths and focused more on modular and interesting effects.

Tell us a bit about the studio

I’m located on an island on the River Thames, not far from Kingston (just outside of London). I’ve been here for 18 years. 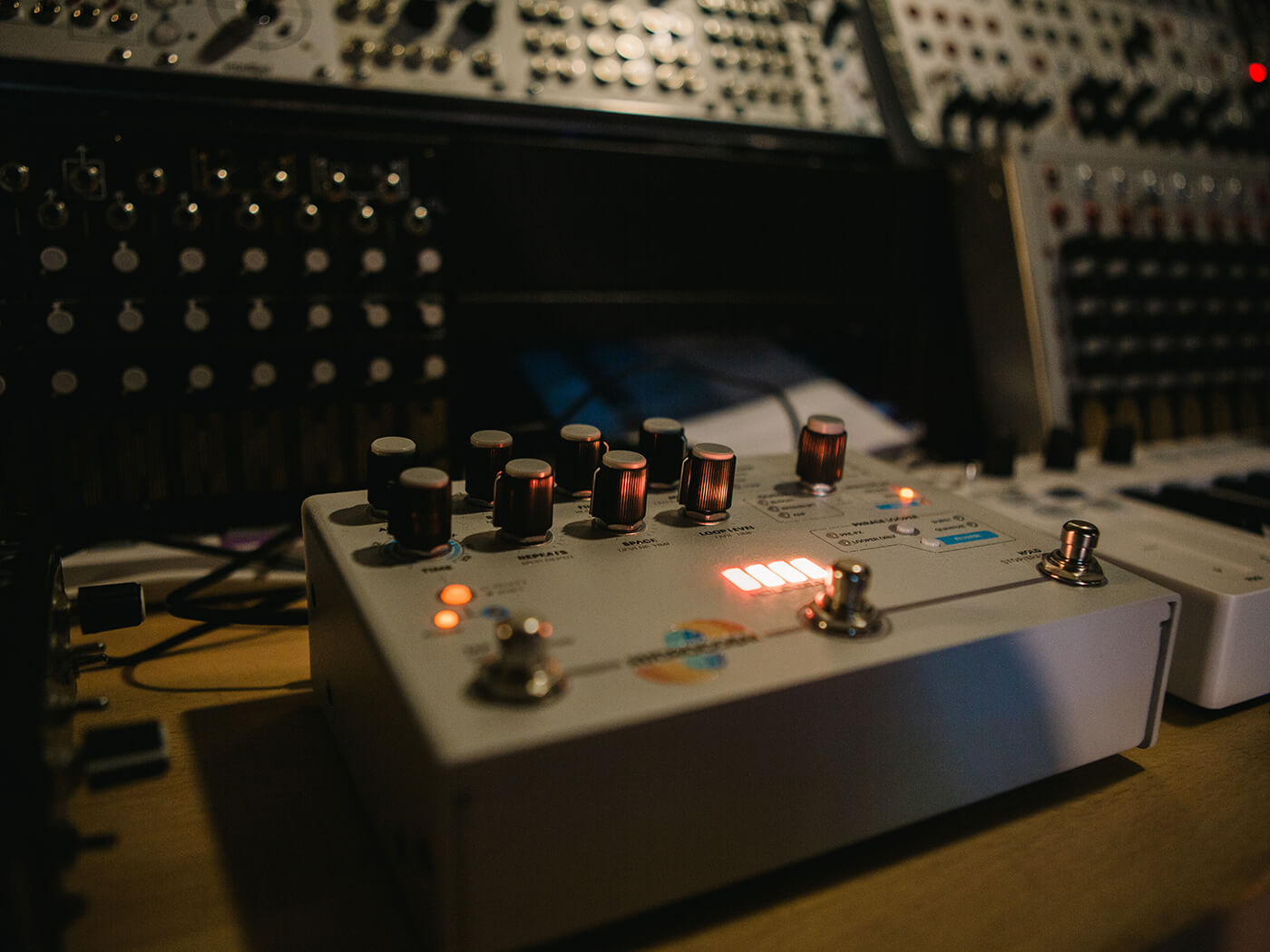 At the moment, I don’t write as much club music as I used to.

I decided to open my doors and offer tuition and recording sessions. That has extended into helping people mix and build tracks in here, too. Also, clients bring their own synths and drum machines down to record through some of the outboard dynamics and effects that I have.

Seeing people leave full of inspiration, having had questions answered, is very fulfilling. I’ve been in this place 18 years now and I’m happy to have been able to keep the room open and productive for so long.

Everything I’ve ever been involved with writing has been written in this room. I see the room as a science lab. It’s a room for experimenting and adding color to things. There are lots of effects and sound sources to patch and play with. The only limitation is your imagination. 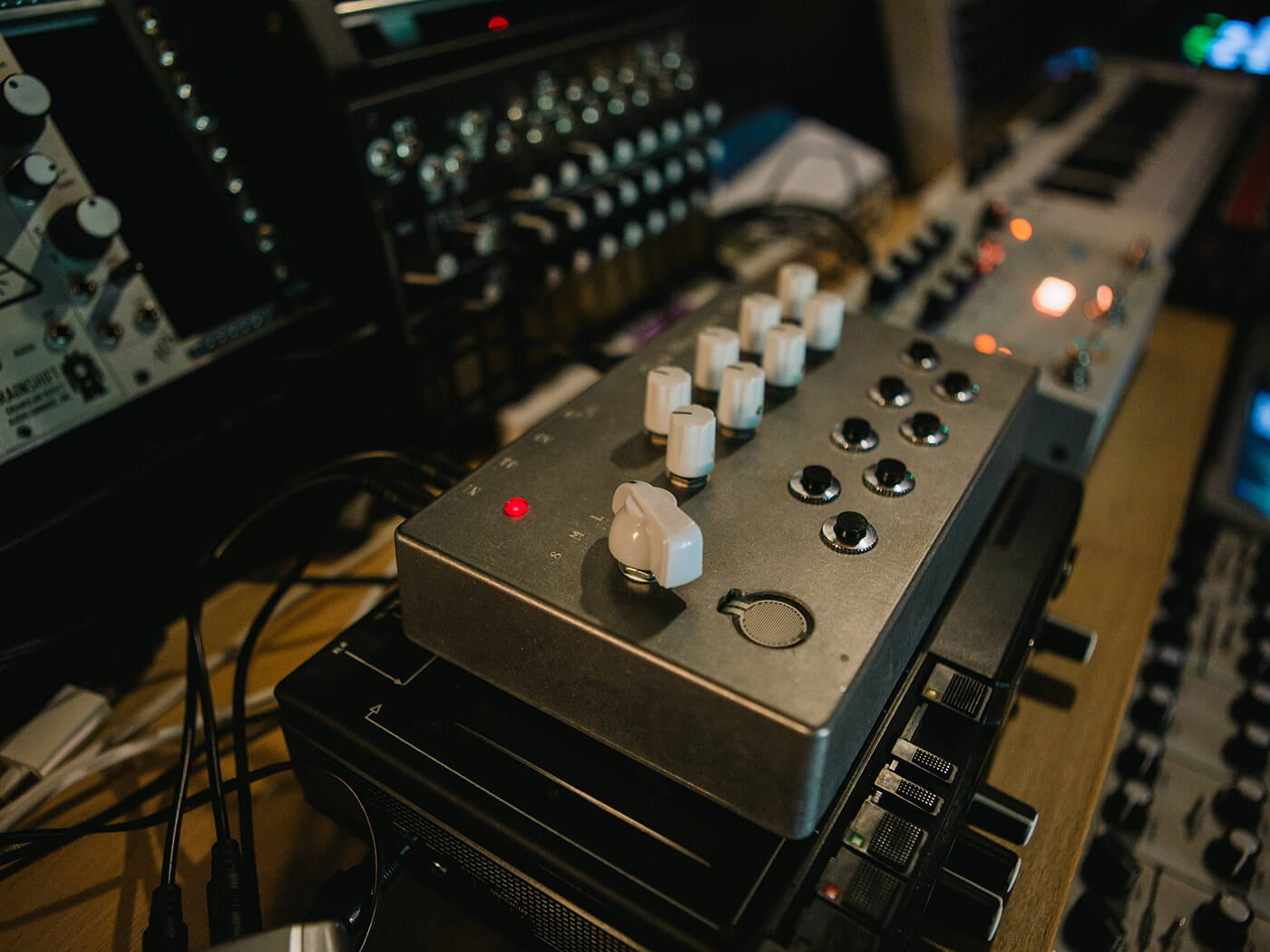 Tell us more about your tutoring with other artists

The tuition side of things with amateurs has varied from modular basics, drum processing, arranging, mixing, using effects and so on. I’ve done a lot of stem recording for people, too.

For instance we might run their Appleton stems through Thermionic Culture’s The Rooster and Vulture or the Overstayer Modular Channel to add an extra layer of tone, basically making it sound less computery. When those stems are put back together, the whole track sounds a lot more organic – I’ve not had anyone tell me otherwise yet.

The most common tuition requests have been modular techniques and “How do I make sick drums!?” I’ve had a few artists down since I opened up and, as any artist will tell you, getting out of your studio and going to someone else’s always helps you break down any walls you’re hitting. It’s always good to see how someone else works and thinks – it makes you see things differently. It all helps the creative process. 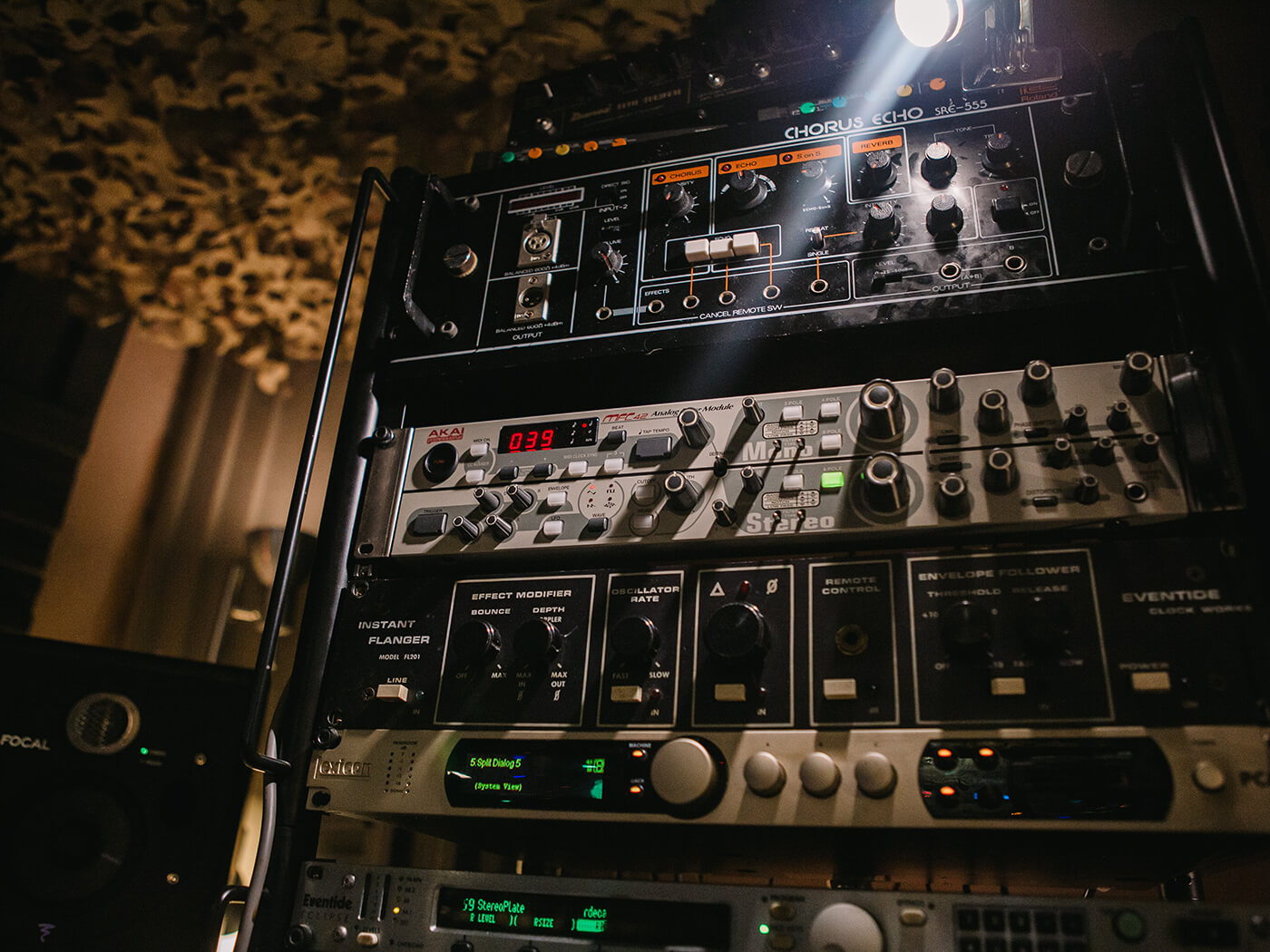 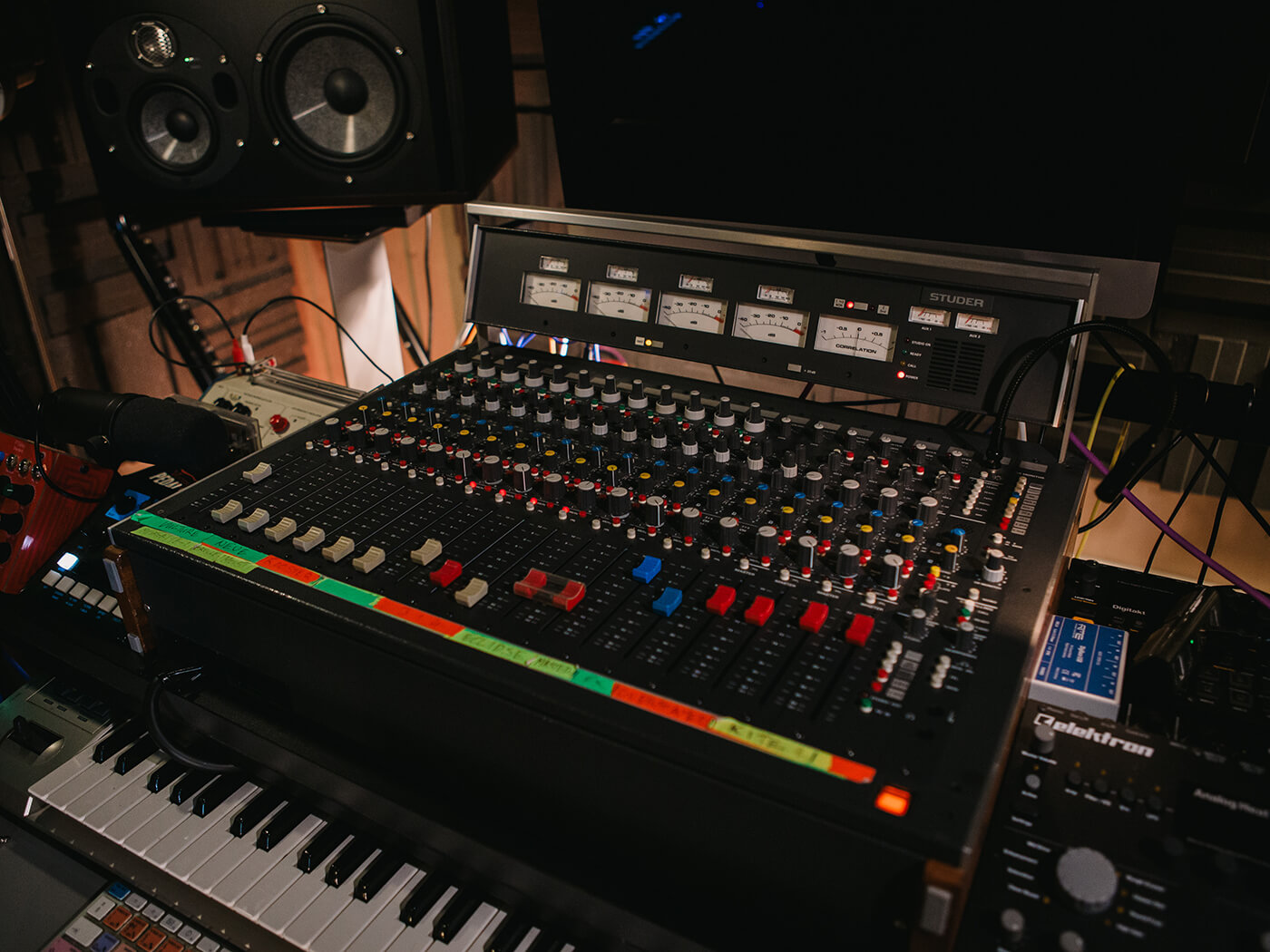 Which DAW do you use and why?

I use Apple Logic Pro 9 in the studio. I find the sounds I get out of it are very true to the original sounds I record. I also use Logic Pro X on my laptop which I think will start taking center stage at some point soon, for various ease-of-use issues. Plus it lends itself very well to syncing video with sound. 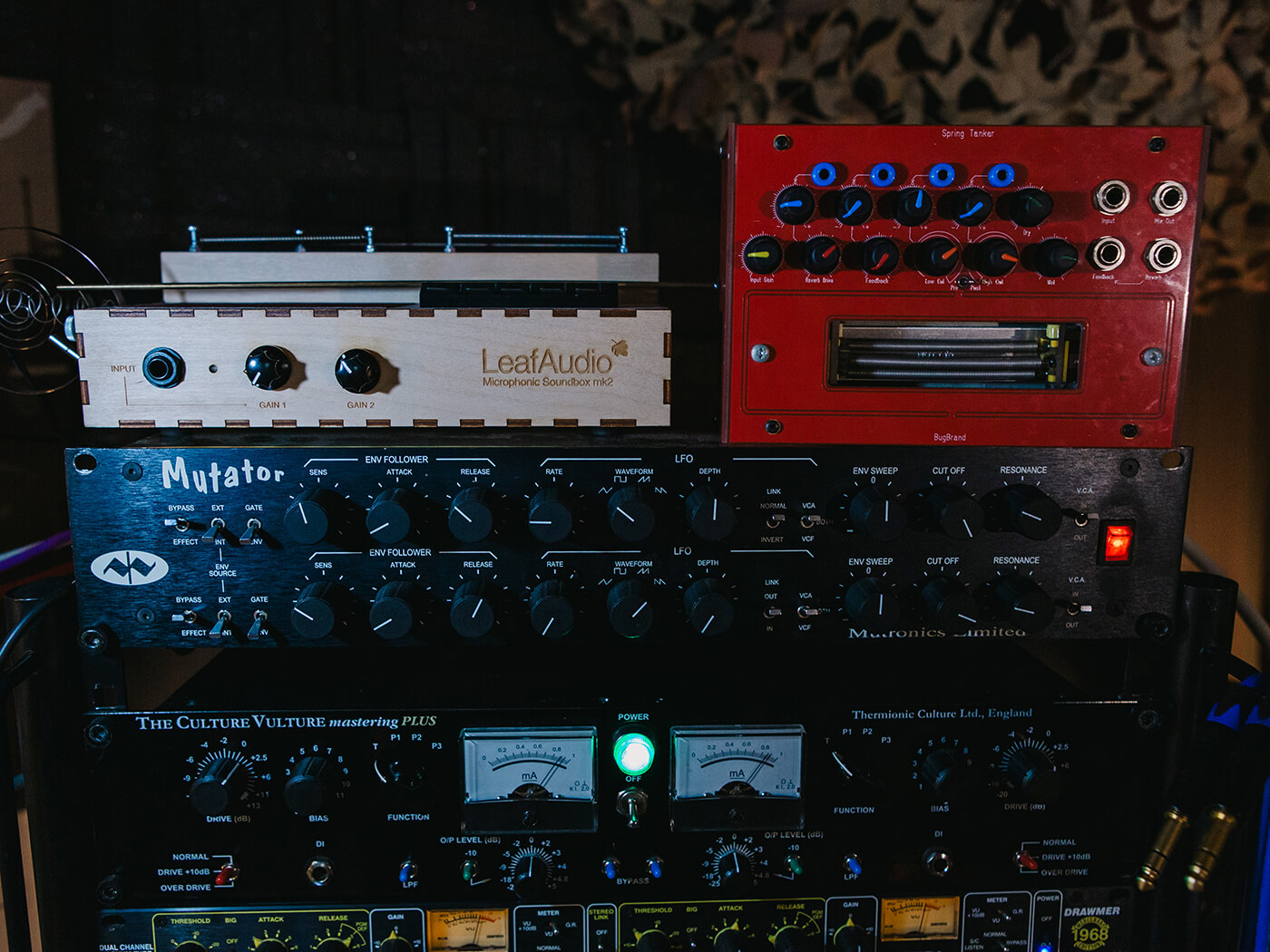 Mercy. The main stab sound. How was it made?

[Laughs] If I had a pound for every time I’ve been asked that! It was made in the FM engine of my Elektron Mono Machine. I remember writing the line with a patch I’d programmed within it. I was in the studio with Joy Orbison at the time. When he heard it, we were both like ‘we should record this’. It was also recorded through the Thermionic Culture Culture Vulture. My VIP remix was also written from the same patch. I love digital synthesis – I love it, even more, when it’s recorded through valves or analogue circuits.

Who have you worked with in the studio recently?

The only people I’ve had down over the past couple of years have been people for tuition or recording sessions. Quite a few of these guys have been back to learn more and more, it’s nice to see people advancing and getting their ideas down without getting too frustrated with things they weren’t sure about before. I did have a friend down last week for three days to record a load of sketches for a short film we are scoring. That was a fun couple of days. 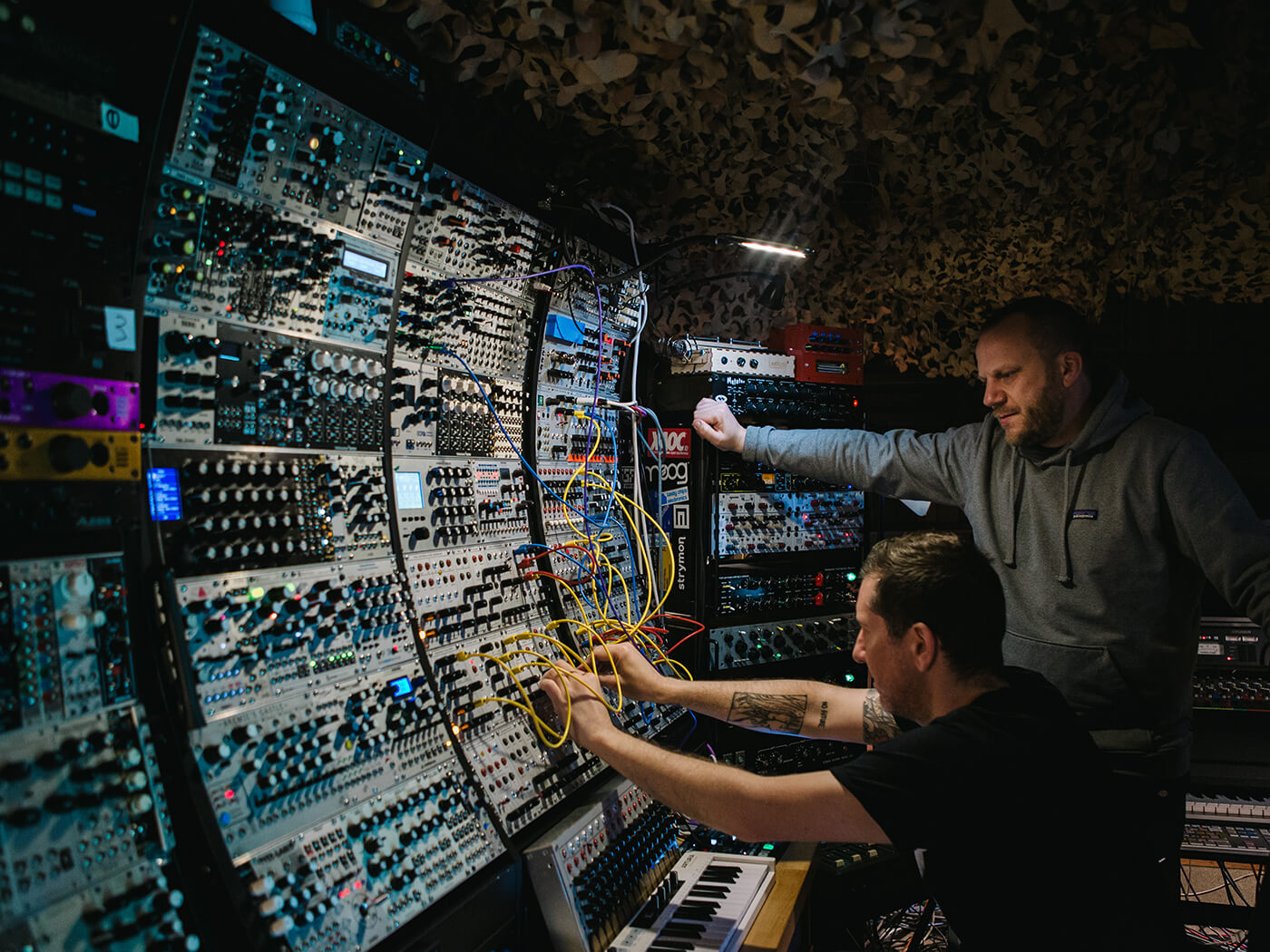 What’s been the biggest investment in your studio?

Has to be my Studer 962 mixing console. I love it. Each channel sounds lovely and has nice, simple, but high-quality sounding EQs. It adds to mix downs well and seems to tighten up low ends in a nice way.

I’ve used a lot of gear I used to dream about. I think now, I’d love a big Buchla 200e System. I love the tone of it – it’s unique and I don’t hear anywhere else you can get that sound. Maybe I’ll get one at some point – if I win the lottery. 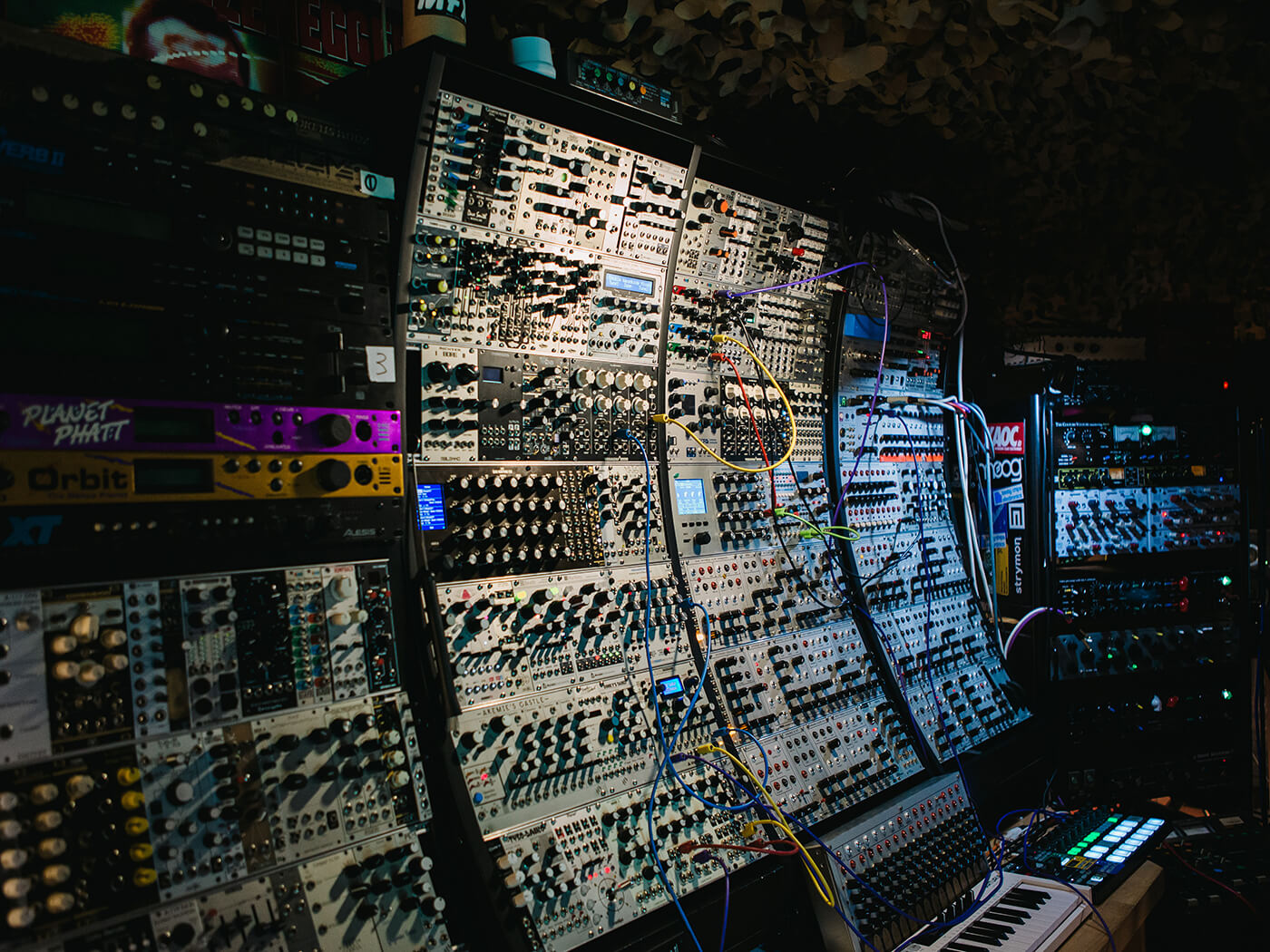 How can we find out more about the tutoring services you provide at the studio?

You can reach me through any of my social media channels in the DMs.