I guess it would be hypocritical for me to criticize some others for being solipsistic when I, well…

About a month ago now, I had made some kind of connection.

I had done one of the meditations based upon The Law of Attraction, and basically had enlisted the help of the universe in helping me achieve my goal which at the time, was the conquering of all addictions.

I came out of that particular session of laying on my couch with headphones on, and visualizing myself in a verdant field where there appeared a glowing portal, awash in white light, and had stepped through that door in my imagination, and all that, like you’re supposed to do….

I like that particular channel because the young and attractive Asian girl who “guides” you through the meditation never asks you to “like’ or subscribe or go to her Patreon or anything…she just thanks you for having meditated with her.

And so, I liked and subscribed…

But, after having finished the 30 minute guided meditation, I came out of it feeling like I had a leg up in conquering my addictions.

Immediately, Jacob texted me about coming over and jamming with JR, whom I have referred to as “A206” before. That’s because of his apartment number, not the way he tunes his guitar. Although his A string has probably been closer to 206 hz, rather than the 220 that would have it in “concert pitch.”

It wasn’t lost upon me, the fact that I was already considering smoking weed after having had such a nice meditation, guided by a young Asian lady with an incredible body, and feeling like I had a breastplate of righteousness in place to help me ward off temptation.

Well, Jacob never got back to me that night, after I had texted him back saying that JR usually kept some weed at his place and that getting stoned and jamming with him would probably be academic…

After Jacob didn’t respond, I kind of felt like I had dodged a bullet and that the powers in the universe that I had invoked in guiding me along the path of sobriety could still work their magic.

So, I sat in my place, drinking juice and doing the Wim Hof ​​breathing exercises and thinking that it might have been a blessing in disguise that Jacob had never gotten back to me; because it seemed rather silly to have formed such a resolve in my heart to live a life free of substances, but to have automatically caved in to “the real world” like a person who leaves a prayer circle where he prayed for strength of some sort , only to fall prey to the old habits as soon as their agents reared their heads…

I believe in that sort of thing to point of being an adherent of the “be careful what you pray for” mentality.

I had just told Jacob to come over and that we would probably be able to get stoned and jam out with JR, and that it might even produce an interesting recording of us playing the music, interspersed with JR ejaculating about whatever the Takka Vodka muse had moved him to expound upon.

The guy has the odious habit of telling the same stories repeatedly and of living in the past. All a person would have to do, when JR is drunk (meaning after 8 AM most days) would be to mention, say, Alice Cooper, the late 70’s pop icon, and that would, I have found, cause the guy to immediately start to sing the praises of Alice, both figuratively and literally as, I have seen him typically launch into unruly, loud and out of tune performances of some of Mr. Cooper’s biggest hits. 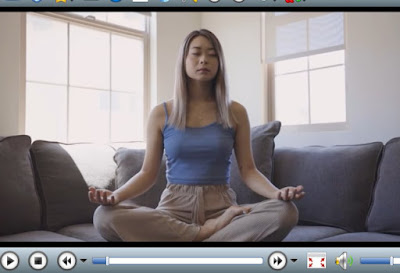 JR doesn’t seem to care, or even be aware of, the fact that he might have sang the same songs to me, his face 7 inches from mine, the last time I unwittingly invoke the name of Alice Cooper. Ditto for Eric Clapton or, God forbid you should mention Robin Trower. That latter mention would call forth from JR the songs that Trower did which were instrumentals; so, instead of having loud and out of tune words sung, 7 inches from your face, you would get JR’s imitation of an electric guitar…

After some time went by without Jacob texting me back, I got the sense that it was all to the good of those that love the Lord, type of thing, but I didn’t know about his car crash thing.

But, after watching more guided meditation videos, it was soon 2:30 in the morning, or so, and time to let Harold in.

That was when I discovered the broken body of JR,. laying at the bottom of the staircase leading to A 206.

He had fallen down the stairs, on his way up them, as it turned out, and had dislocated a shoulder and broken a thumb. So, double down on the reality that there wouldn’t be any jamming on guitars at all hours of the night, smoking weed and drinking cheap vodka…

Then, the next day I woke up and one thing led to another and I congratulated myself on having achieved 24 hours sober, although the universe had helped me in that regard by wreaking Jacob’s car and tossing JR down the stairs. I still rode out on my bike and thought that I would at least ride by the spot where weed was sold. If it was readily available, like if I just happened to pull up when one of the dealers was reaching into a large sack of it and blessing people with deals in great handfuls, then I thought I might get some; Despite having done the guided meditations and invoked the universe to aid me.

If it was a bunch of bs, like I would have to give someone my money and then wait for them to return with the weed, then I would know for sure that the universe was telling me something, and I would probably read the tea leaves and figure out that things were conspiring to help me along on my journey.

As I approached the spot where they sell weed, I saw a familiar gray car, that was driven by an obese black guy who, upon seeing me approach would roll down his window and call to me as I rode past, trying to sell me weed or trying to get me to run to the nearby Banks Meat Market to get him a half pint of cheap vodka. I guess, being so obese, it was a chore for him to even get out of his vehicle and walk into the store to buy the stuff.

I had often done him that favor; kind of proud of the fact that I was white and that he saw in me someone who would buy his vodka for him, not go out the back door of the store with the money, and not want to take a couple gulps off his bottle for the trouble, type of thing. I’m proud of the trustworthiness of my race (even though there seems to be more and more white people who are pieces of crap, these days; a disturbing trend…)

Well, the big guy didn’t seem to notice me approaching on my bike this time; in fact, he didn’t even move when I rode up. He was dead.

He died in the driver’s seat of his car, with his head tilted back and his mouth wide open, as if amazed at the sight of his dome light.

So, no, I wouldn’t be buying any weed from him.

“So…no half pint of vodka, I keep the change, today?” I facetiously asked his corpse.

Be careful what you pray for.

I just got in from a Tuesday night when I played from midnight until about an hour after, and made 6 bucks.

“The Quarter is packed,” Tim the security guard, who I have noticed has been wrong about just about everything, from the weather “It’s gonna be raining all night,” to that, said to me on my way out.

I must have seen about 11 people. They say it is because of the vaccine mandates that the mayor has put into place that there is barely a shadow of the crowds that Mardi Gras used to attract here.

That, and the spike in violent crime in the city, where the race of the perpetrators aren’t reported in the news; just that it was a couple of young men; color not important…