I’m not going to go out. The 47 degrees is a feasible temperature to busk in; but the number of people, seen here from a current webcam shot, has “12 dollar night” written all over it.

In fact, I’ve been doing this so long, I can already guess that it will be one five dollar bill, and about 7 ones. But, as soon as I think this, I have to amend it to a more positive thought; which would be to think that the guy who sits down and talks to me for 2 hours and then leaves me 2 or 3 hundred bucks, is out there…

I let my practice of Wim Hof breathing exercises and meditation lapse for just one day, yesterday, and I can already feel the disquietude engendered by that. The reason was that I had a full stomach, and I had remembered Wim Saying that the best time to do the exercises was first thing in the morning, on an empty stomach. This makes sense in that, the oxygen that floods the brain cells during the “recovery” breaths, would be useful for by the stomach, which is trying to digest food. It’s always better to meditate, regardless of circumstances, though; and I would have gotten something out of it.

I have continued to have the happy coincidences and small miracles happen each day. It becomes kind of a chore to wake up with nothing and put myself in a happy and grateful state of mind and tell myself “It’s alright, something is waiting just around the corner; something magnificent…”

And, then go out, such as I did Saturday night, when I stopped to see Patrick, to see if he wanted me to make another run to the store for him.

He didn’t, but had a bottle of wine that he had somehow acquired and had gone so far as to have screwed the corkscrew into the top of. He told me that I was welcome to it.

And, so, we hung out; I tried to play his guitar, which is strung for a left handed player, with the strings being “upside-down” to any right handed player. We smoked some of his killer weed and I left at about 11 pm, to go to the grocery store before they closed at midnight.

With a whole bottle of wine in me, I barely remembered having gone to the store the next morning and had to reconstruct the trip by looking at the items that I had bought, which brought back some of the memories.

That led me to the realization that these happy coincidences and “miracles” are not necessarily manifested by someone giving you a bottle of wine out of the blue.

If They Would Really Hire Me…

A decision needs to be made about getting a regular job, and perhaps giving up on the busking. Was I fooling myself into thinking that I was providing a valuable service by playing “peaceful” music out there, to sooth the savage beasts, out there?

Like I was practicing a High Art and, as such, was improving the community; and had the ability to make someone’s day. There is enormous power in music and art; to be playing a song that means something to someone is the type of experience that made me think “I wouldn’t trade this for anything in the world…”

There was a time in Mobile, when I was sitting in the little glass enclosed cubby hole in a quiet area that I chose to play at for just that reason, although plenty of people asked: “Why don’t you go up there by the clubs, that’s where all the people are?”

That particular night, I was working on a Luther Vandross or Teddy Pendergrassor Al Green (I don’t know enough about the genre to not confuse them) song called “Here And Now,” and a young black couple came along and stopped and started dancing about 12 feet in front of me, as I did my best to stay on beat; While wondering at first if they were mocking my attempt at a smooth R&B love song. 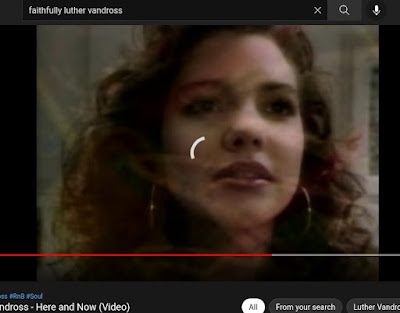 The guy came over with tears in his eyes and put 40 bucks in my hat telling me that song was the one that had united them, either at some dance or some club (where all the people are). The breaking of the tip into 2 bills (like one from each of them) seemed to convey that they had been equal in their appreciation. A perfect reflection of selfless love..

The fact that my homeless musician looking self was probably the most likely source of such a song probably contributed to their sense that there had been some sort of divine cause and effect involved in me being there doing that very un-homeless musician-like song . I would be expected to be singing about walking in Memphis with my feet ten feet off of Beale Streetright?

I sure remember being able to sing a lot better, back in 2011.

I think the Wim Hof breathing stuff was just what the doctor ordered to get me back there.

Part of the problems has been the stifling atmosphere of Sacred Heart Apartmentswhere the more you pour your heart and soul into a song, the better your chances of being written up for violating the noise ordinance.

Though, I can hear a mentor of mine from the past saying “That’s a cop-out!” Maybe it is. I suppose if I gave everyone a dollar or a cigarette who asked for one around here, those write ups would cease and desist….

The sleeping pills are the cop out.

A sensible person might ask: Why don’t you work a regular job during the week, and then maybe go out for one or two nights on the weekends?

That way, I wouldn’t be relying upon the busking to pay for itself in the form of batteries for the amp and spotlight, strings and harmonicas, etc. But, if the busking can’t pay for that, than the busker isn’t doing it right. I’m sure Tanya Huang has taken a pay cut of late, but is probably getting by; At least batteries are probably not a major concern of hers. Those would be more like that a crazy person is going to come along and blame the virus on her because she is Chinese and give her grief over it, or worse.

Cutting down to one or two nights would lead to a situation where I wasn’t a constant presence on Lilly‘s stoop, and other street people would invariably try to claim it as their dealing spot or their skeezing perch…

My thoughts and moods are teetering right now.

I go from feeling happy and grateful and optimism, to dwelling upon the fact that Bobby once gave me enough sleeping pills to sleep forever, and they are still in my medicine cabinet…

Had I seen a street full of people then I probably would have put on an extra sweatshirt and rode down there. At least that would have given me the exercise and fresh air, and I would be playing for potentially enough money to at least replace the batteries that the amp would drain down…

There used to always seem to be a reward of some kind or other for going out to play. So many times I have said to myself: “I’m glad I came out,” and it was often on nights such as tonight.

It just takes one person who wants to sit and talk to somebody whom she doesn’t have to wonder about the motives of. The guitar and the milk crate are enough of an anchor, so that the person won’t have to worry about being home, or otherwise coerced into something. She might conclude that, here is not a predator waiting for a victim to come along. Unless it is a predator using a guitar to lure them in, I suppose…

Another Day For Harold

Earlier, I bought a lady a cup of yogurt in exchange for Harold‘s cat food, at the Winn Dixie, and so I’ll let him in soon from the 47 degree night.

Then, I should probably do a “guided” meditation from off Youtube. In fact I think I should just download a couple of them, so I’m not using so much data by streaming them every time I meditate. I’ll have to meditate upon the efficacy of that…

Dom knocked on my door in the late afternoon. He was up to his usual trick of offering me a swig of his vodka and Kool Aid, or whatever he drinks. I guess his plan is to get someone to hang out with him all night by meeting out little sips of vodka here and there, smoking weed at some point, and then subjecting them to his eventual highly animated, garbled conversation.

He might mention some song or group, possibly along with a story about him having seen them in concert at The Warehouse, a lot of times, and then sing one of their songs, loudly and out of tune, in between pontificating over how great the song is.

Some of these people are old and incapacitated and no longer play guitar solos for arenas full of people; But people like Dom still sing their 50 year old hit songs, loudly and out of tune, and talk about how great they are/were.

I’m resolving to not rely upon other people, even if it is to offer to pick them up something at the store, in exchange for cat food money. There is just too much going on with empty shelves and having to decide what flavor of something to get, if they are out of the flavor the person wants.

Of course, that’s where cell phones can come in handy. But, unlike those whom I recently complained about as being glued to their screens all day, Dom and Patrick typically have phones that are out of minutes, or that are sitting in other rooms while the stereo is playing loudly in the one they’re sitting in, singing along loudly and out of tune with a song from ’72.