Balancing downbeat moments with glimmers of joy using gradual, emotive synth build-ups, Inside Out is the most club-ready Tourist project to date – especially compared to what he calls his “more downtempo, reflective” albums. Will’s 2016’s U and 2019’s Everyday and Wild albums are what the Grammy-winning producer says are ideal for “accompanying you on a car journey or on the tube”. Inside Out is also, in many ways, an existential dance music record.

The melancholic yet uplifting album, which manages to find light in the dark and marks a decade of Tourist, came from “pretty weird, sad, personal circumstances”, Will says, having lost a friend due to a heart attack.

“It was bizarre,” he adds, describing it as “like living in a weird vacuum of not being able to be around the people that you need to be around the most.” Writing music, then, helped Will find solace. “It really helped me, just as something to do every day that felt reasonably positive. It’s one of the things that kept me sane throughout the last few years.”

Despite the album being created in the aftermath of a terrible situation, the 35-year-old Londoner approached it with a contrasting outlook: to write music that made him feel better.

“I wanted to write a record that was celebratory,” he says, having also become a father during the pandemic. “I wanted it to be about the most important things that we all get to reflect on in life.” The impact of his daughter’s birth also changed the way he looks at being an artist; “you realise that you don’t have much time on Earth, but also how quick life can come around, and you zoom out a lot more and think in a long-term way.”

While he was making Inside Out, Will says he also “gravitated towards dance music a lot more – because it felt so visceral.” Whether or not that was due to him being unable to go out because of the pandemic, he longed for what he couldn’t have.

“I wanted to feel a body kind of motion,” he says. Having always found that the dance music he loves is “for your head”, will feel like he summed it all up with Your Love, the album’s lead single. He says the track is his way of “trying to celebrate the love of a friend”. [This song] reminded me why I love music.”

While in the past, Will “shied away from trying to make a tune that was more upfront and direct,” when making Your Lovehe had a different approach. 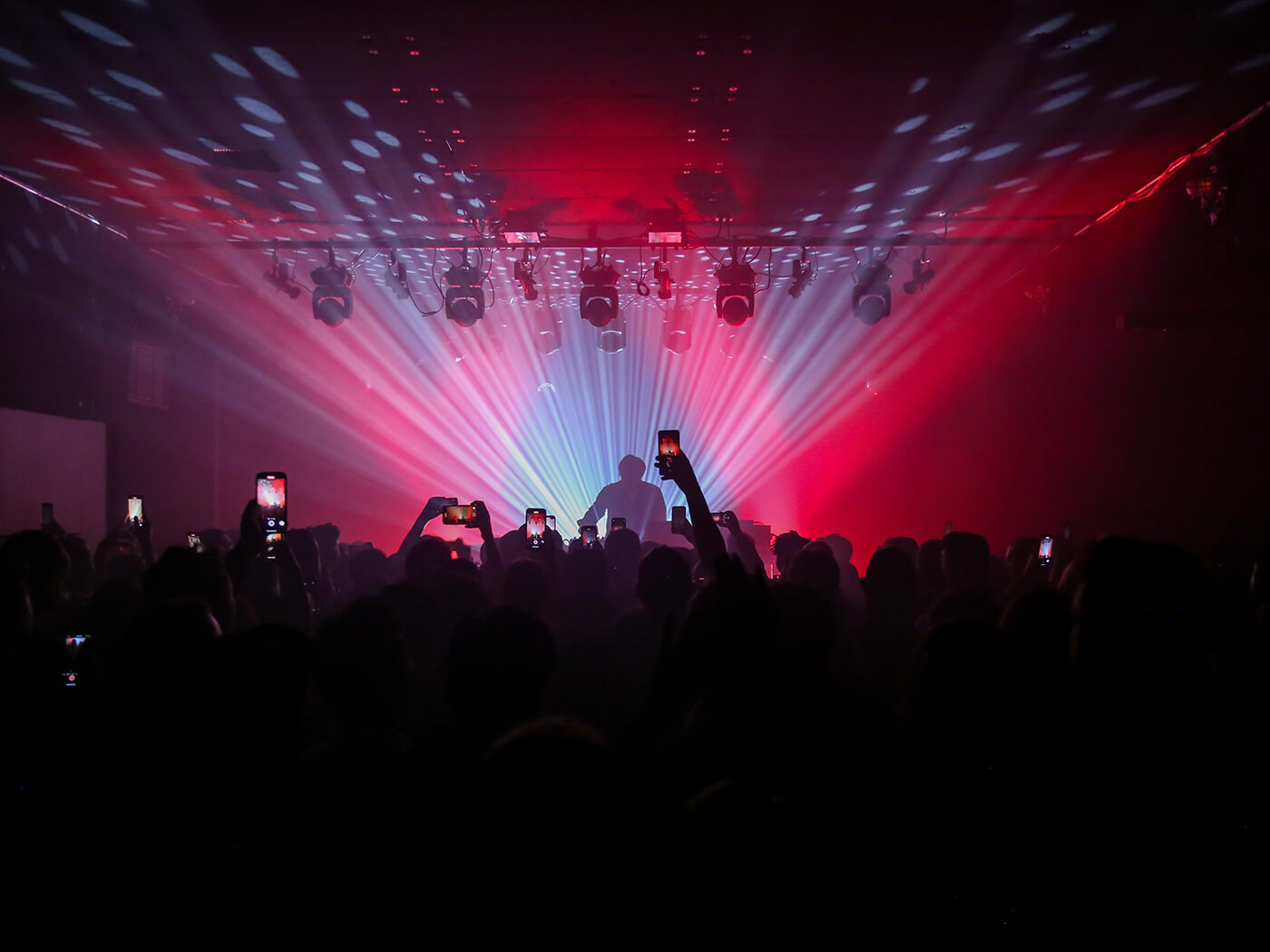 “I took away those insecurities and just tried to absolutely go for it – to see if I could make a proper euphoric but also slightly sad house record,” he says, having channeled his lifelong love of French house into the track; “that really thick, melodic, chunky music where it’s not about rhythm but more about the feeling of euphoria and togetherness. It’s one of those tunes that, if I was 12-years-old, I would have loved,” he adds, telling us that he always has his younger self in mind when writing music.

Prior to the lockdown, however, Will intended to make an entirely different and collaborative record in his studio. “[I wanted to] make songs using analogue synths and it was all going to be recorded really nicely. But none of that happened,” he says.

Instead, he pieced it together at home with just his phone, laptop, keyboard and small Universal Audio Apollo Twin audio interface. Although he didn’t think it at first, Will looks back on this new process as being quite freeing. “I learned huge lessons just by being so limited. It made me realise that you need a lot less than you think to write music.”

One of the unassuming key tools that he found revolutionary was a cable that allowed him to directly sample audio recordings. Not having his Moog Minimoog Model D or Roland Juno-106 with him at home made Will keen to embrace sampling “as a means to try and find melody and vocals”, he says, describing it as a “liberating” process. 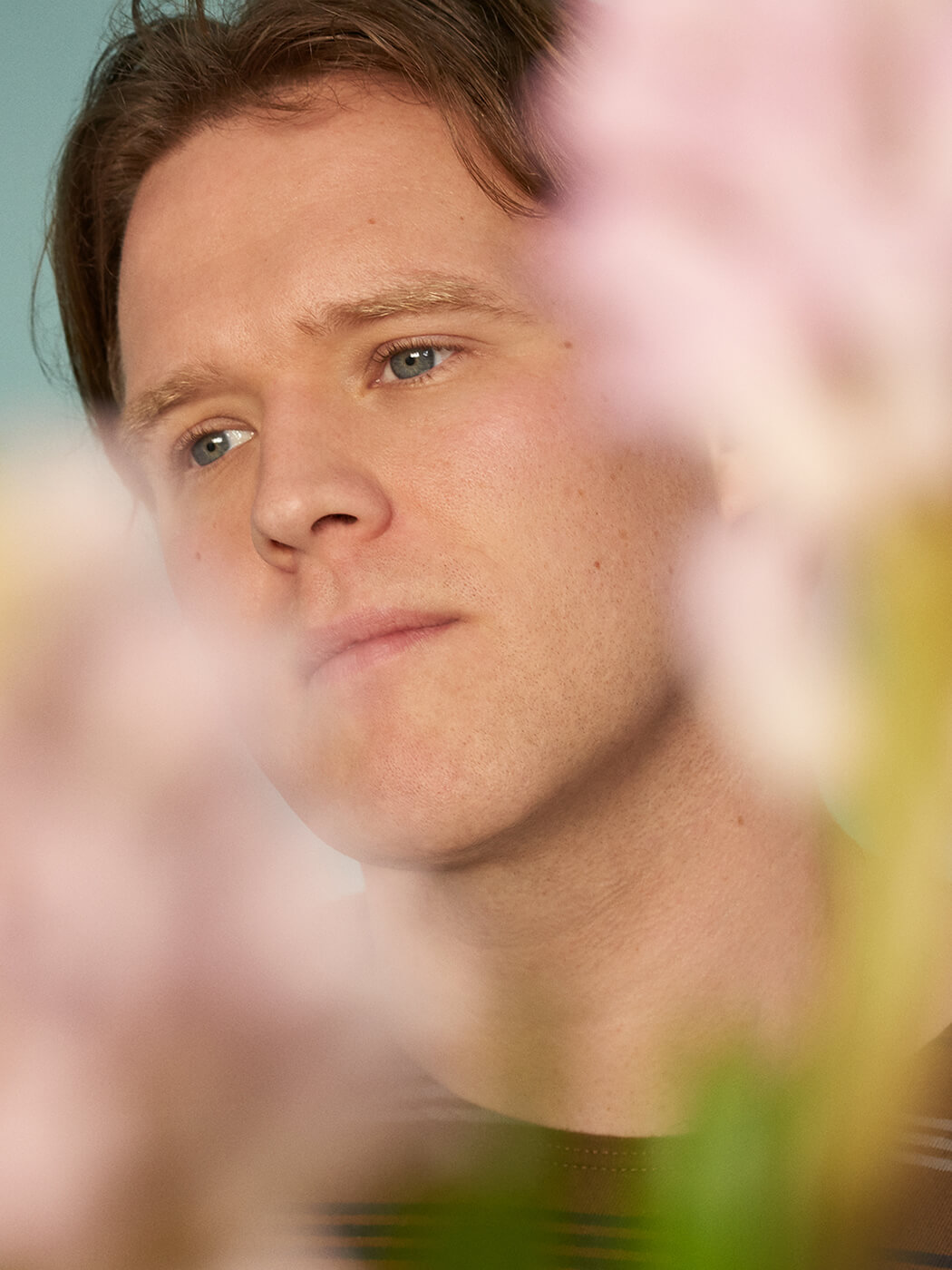 “I didn’t have any specific ideas about what I was going to sample,” he adds, saying that he saw the idea of ​​taking a sample and turning it into something different as “like a challenge”.

With this album particularly, he also appreciated the ease of sampling thanks to modern technology; “I used AI software to extract vocals from original tracks, which is something that I could only dream of when I was a young boy”.

With Penelope Trappes, Big Thief, Julianna Barwick, Shakespeare’s Sister and Ellie Goulding among the artists sampled on the record, Inside Out also signifies a full circle moment. In his 2012 breakthrough track Your Girlwhich found immense popularity via YouTube music channels at the time, Will sampled Aaliyah’s 1996 track If Your Girl Only Knew

What he loves so much about the art of sampling is the limitless possibilities. “When you think about songs, they’re great, but they feel finite, in a way,” he says. “Whereas sampling also includes the natural world and all of recorded music – every human voice you’ve ever heard. For me, it’s still completely mind-blowing,” he adds, suggesting that sampling is “the biggest advancement in music technology since the early 80s.” 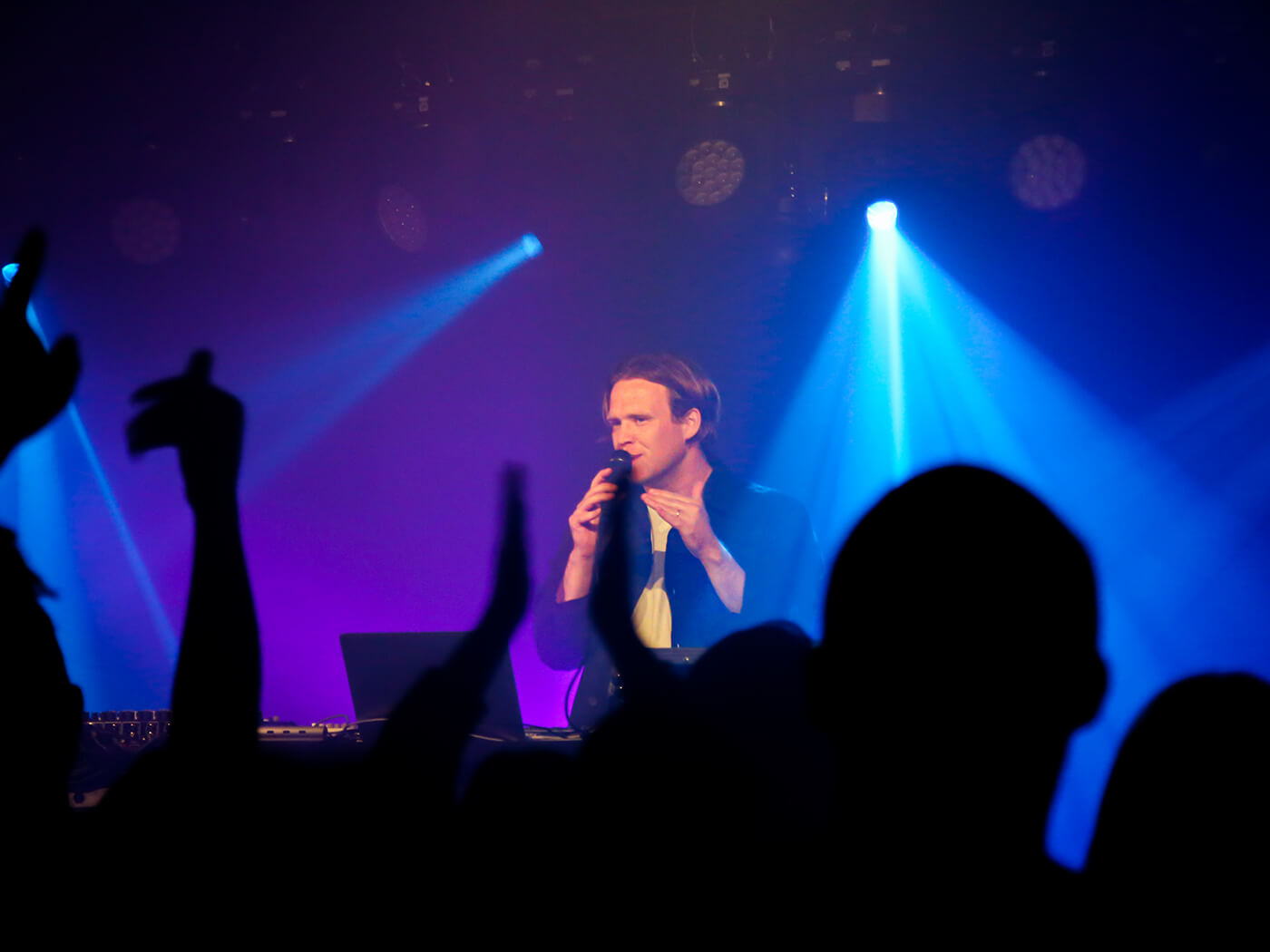 For Tourist, the most inspiring part is “being able to re-contextualise and change other people’s music and every sound you’ve ever heard into anything”, he says. “That, for me, is endlessly enjoyable.”

As an artist who is known for layering intricate sounds and contrasting emotions into his music, Will also thinks he has “quite a good instinct of when something is done” – at least compared to friends who tweak granular details until the last moment.

“I’ve always had quite a good grasp on the big picture,” he says, pointing to lark as an example of a song that “works well for piecing all the bits together; I don’t want to overdo it,” he adds. “It’s about having a good sense of context and also thinking about the people who’ve never heard this before; that last one per cent you change is so unnecessary.”

In terms of its intricate production and sound design, the slow passage of Inside Out‘s opener Speak In Symphony – which was mainly born from Will messing around in Spectrasonics’ Omnisphere – is a case in point. Starting with just two notes, Will explains that he wanted the album to “slowly reveal itself to the listener.

“I really love the idea of ​​people not knowing where the rhythm of a track is,” he says, “and unveiling that to people in kind of a slow way.” 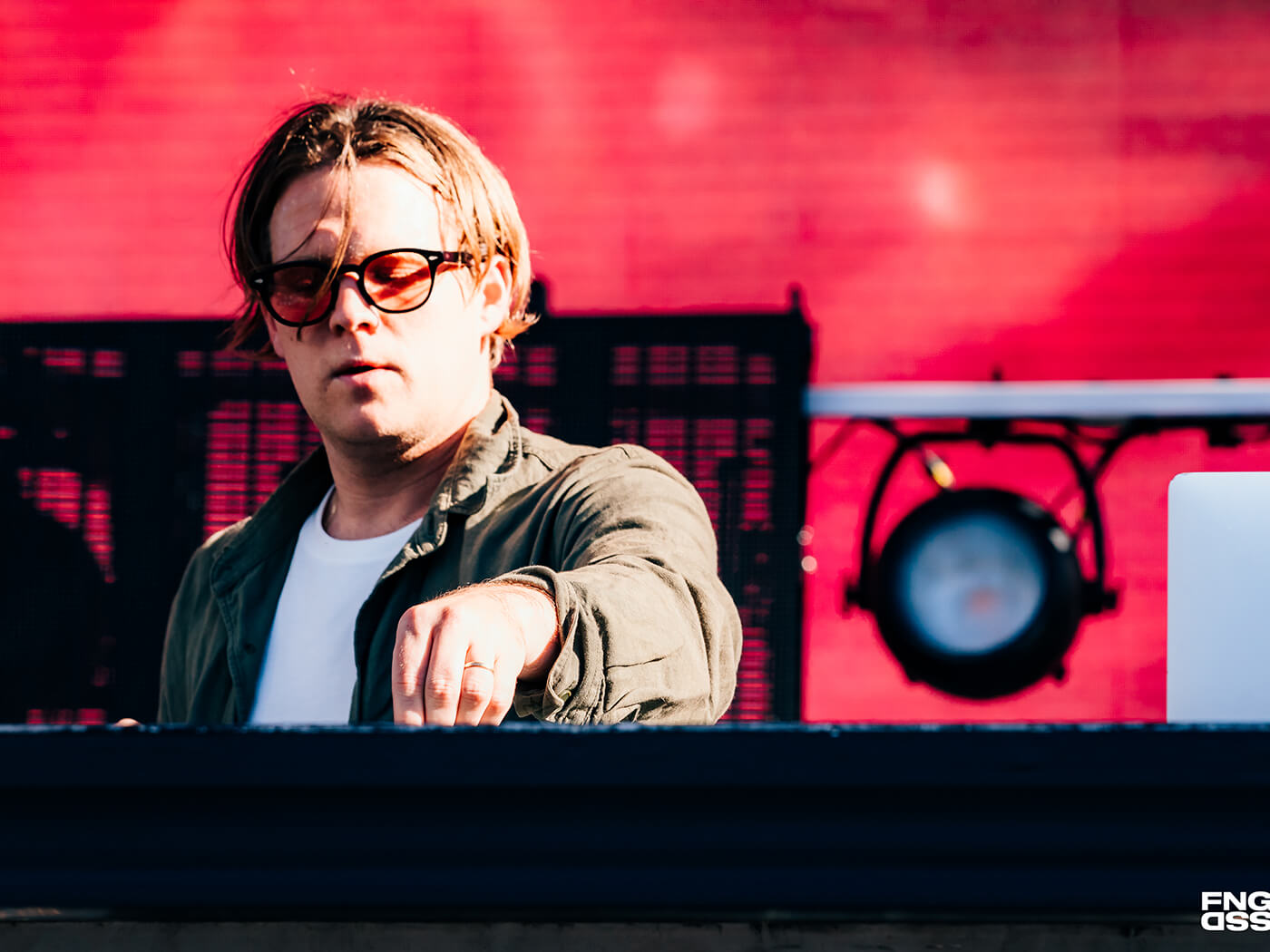 This notion also chimes with the fact that Tourist is difficult to define by genre. 10 years have passed since he started the project but Will says, “I still don’t know what the Tourist sound is.”

While he thinks the main threads are “probably melodic, slightly melancholic, electronic-inflected music”, Will finds it far easier to describe his sound via the emotions that he feels when making music.

“I’ve always wanted it to make me cry but also feel really happy at the same time.” And, even though he’s gone about it in different ways, that ethos has never changed. “I just love doing that; it’s that slightly sad, slightly happy thing.”

The album’s deeply personal final track, Eternal, is a glistening example of this, too. “[It’s what] it would be like if Brian Eno wrote a melodious breaks-y tune”, Will says. Not only is the lyric “my love is eternal” desperately moving, but the final noise on the record is Will’s daughter’s heartbeats recorded on an ultrasound machine.

“I love making music like that,” he says, “where people might not know what it’s about. For me, it’s completely personal – it acknowledges my friend’s passing and that my love for him is eternal, but also acts as a new chapter for me with the birth of my daughter.”