Proper use and placement of mics is an art form. You have to match the right mic to a particular instrument or sound source, know how that mic will respond to different positions relative to the source, and then put that knowledge together to get the perfect miked sound. And if you get any of the fine judgements wrong, there’s not much you can do to put things right short of redoing the whole recording session – that is, unless you are using the Sphere L22 from Townsend Labs.

Two heads are better than one

The headline feature of the Sphere L22 is that it can mimic the sound of many other microphones. It’s not the only mic to be capable of this, but where other mic modeling systems rely on EQ and comb filters to sculpt the sound they capture, the Sphere L22 does something much, much cleverer.

The mic itself, upon a casual glance, looks little different to any other large-diaphragm condenser. What’s hidden behind the L22’s grille, though, is not one but two mic capsules. These are placed back-to-back so that they occupy the same position relative to the sound source, only with one offset by 180° from the other and therefore producing a signal whose phase is also 180° offset.

Connecting this dual-mic signal to your audio hardware is done via a special breakout cable that splits the mic’s five-pin XLR output to a pair of standard three-pin mic XLRs. A suitable cable is included with the mic, but it isn’t very long at just three metres. The mic also comes with a high-quality shock mount, a standard mount, and a soft protective bag, all packed into a sturdy lockable carrying case.

Once connected to your DAW, you can route the two discrete mic signals to a stereo track with an instance of the Sphere or Sphere 180 plug-in as the first insert. The plug-in analyzes and compares the two signals to build a model of how the sound and mic capsules are interacting. Then, through some ingenious processing, it allows us to adjust that interaction. 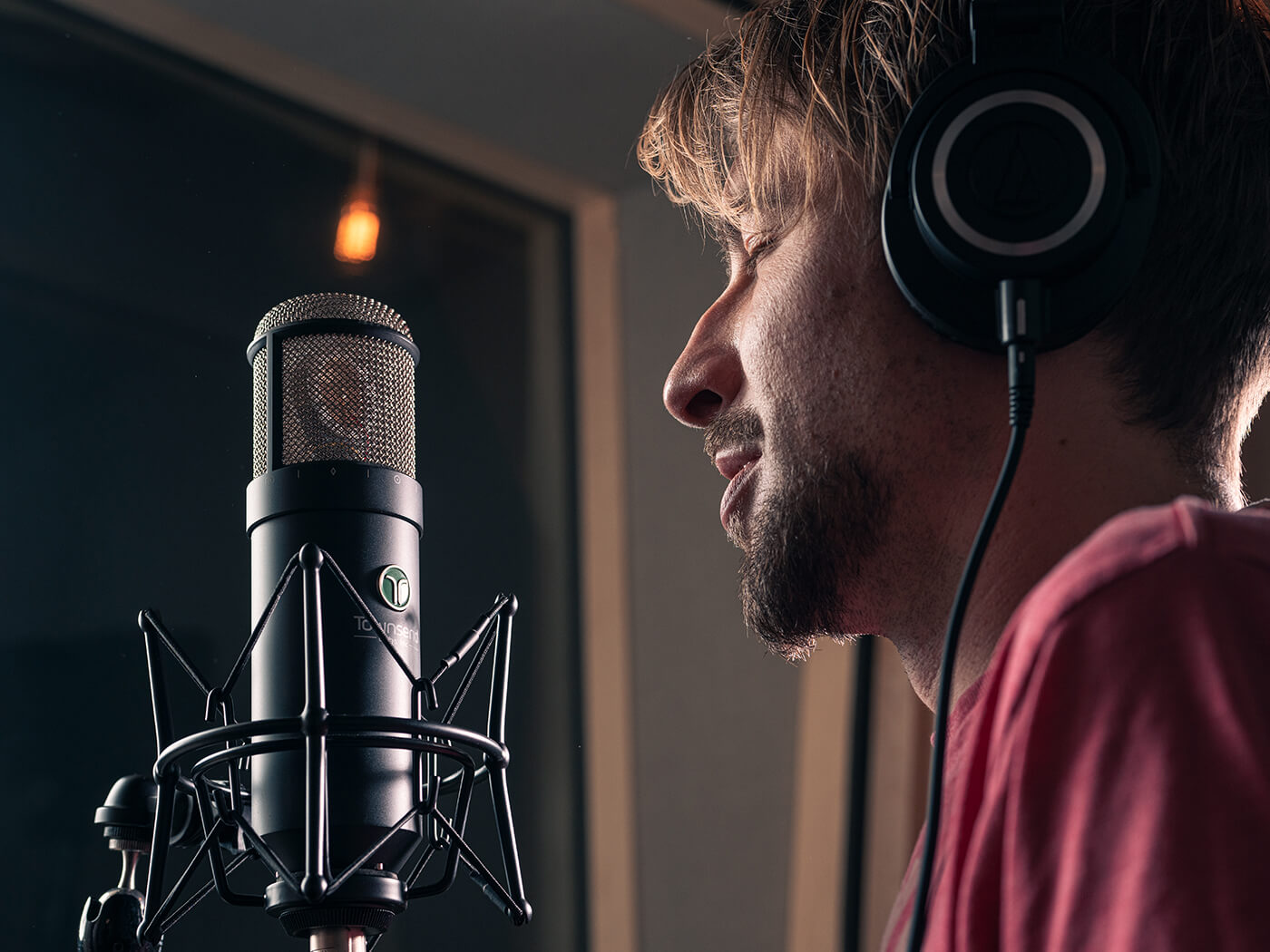 The first and most obvious benefit of this is that it allows for meticulously detailed modeling of other microphones. The Sphere plug-ins come packed with a supreme studio mic collection. There are 18 large-diaphragm condensers including various flavors of AKG C414, a classic AKG C12, and a whole bunch of iconic Neumann and Telefunken models such as the U 47, U 87 and M 49.

Also included is a collection of 15 so-called Hybrid mics. This mostly comprises dynamic mics such as the Shure SM57 Sennheiser MD-421 but also includes ribbon mics and small-diaphragm condensers.

The Sphere plug-ins do more than just allow you to change the mic model. The pickup pattern can be adjusted from omnidirectional through cardioid to figure-of-eight, with the resulting changes in the proximity effect and off-axis effects reproduced accurately. The proximity effect can be enhanced and reduced independently of the pickup pattern, and in a way that changes the apparent response of the mic rather than cutting or boosting the bottom end. Also adjustable is the apparent angle between the mic and the sound source, and you can switch the on-and-off filter and pad switches that the mic may have.

All of this is done in your DAW and remains modifiable even after the performance has been recorded. Not only does this mean that mistakes in mic choice and placement can be easily rectified after the fact, it also means you can experiment freely with these details right up until you push out your final mix. 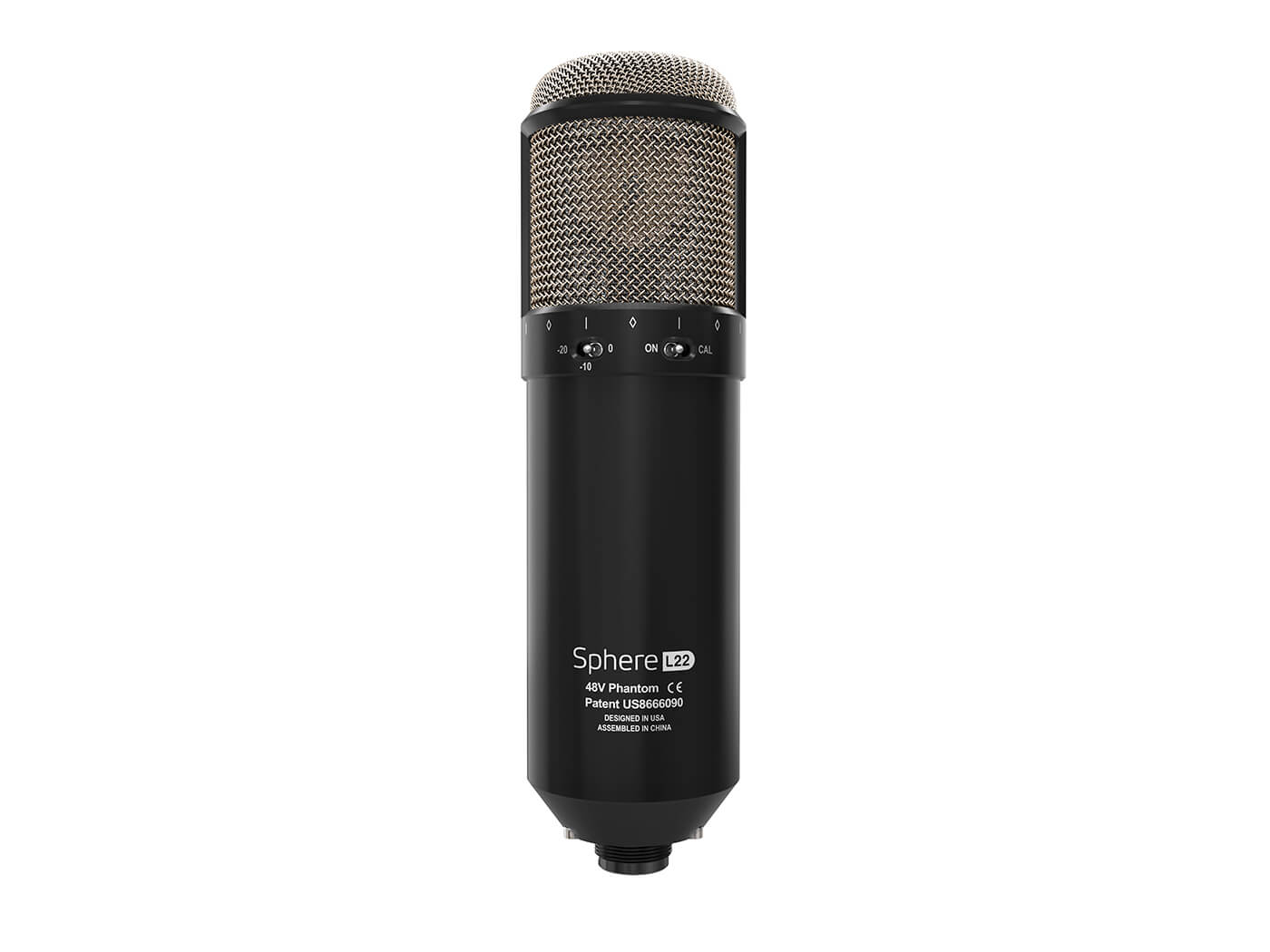 Used without the Sphere plug-in, the Sphere L22 performs very well. The twin-capsule design means it is a perfect coincident pair too, making it an excellent choice for stereo recording – but here, too, the plug-in has something to offer. The Sphere 180 plug-in, intended for use with stereo recordings, manages both channels independently so that each can have its own model and modifications applied.

The Sphere and Sphere 180 plug-ins come in VST, AU and AAX formats. Being from the Universal Audio stable, it should be no surprise that UAD-2 versions are also available for those with UA Apollo and/or UA Satellite hardware. These benefit from allowing the Sphere signal processing to be applied to the low-latency direct monitor signal, so that the artist can hear an accurate, delay-free depiction of the sound they’re working with.

Apollo and Satellite users can also take advantage of an additional pair of UAD-2 plug-ins designed for use with Sphere L22. The Bill Putnam Microphone Collection contains detailed recreations of the vintage mics used by UA’s founder, Bill Putnam Sr., to record legendary artists like Frank Sinatra and the Beach Boys. The Ocean Way Microphone Collection is made up of 12 “best of the best” classic microphones from Ocean Way Studios’ envy-inducing collection. 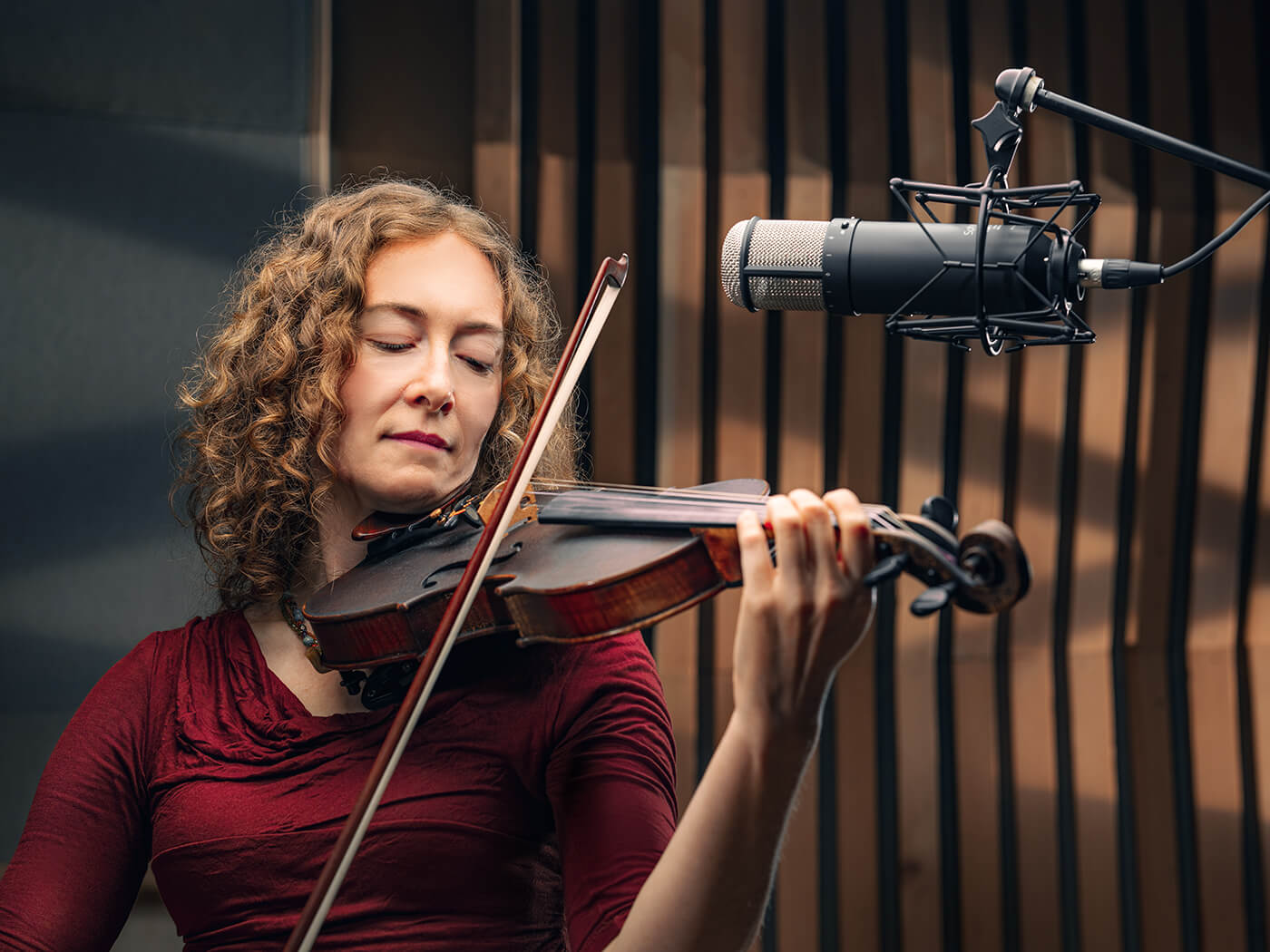 Sphere L22 is astonishingly effective, with all of its adjustments – whether the choice of mic, pickup pattern or details of positioning – giving utterly convincing results. Our mic cupboard isn’t as well-stocked as Townsend Labs so we couldn’t make direct comparisons of all of the mic models. Where direct comparison was possible, though, the results were very close in terms of both tone and response – certainly within the normal range of difference you would expect from mics of the same model but with different dates of manufacture.

The mimicry is far more detailed than a simple bit of filtering, too. Adjusting the proximity really does change the entire low-end response of the mic, as does changing the pickup pattern; shifting the axis does change the color and weighting of the sound; and stereo pair phase problems are non-existent because the two mic capsules are truly coincident.

There’s nothing quite like the real thing, of course. But a mic locker stuffed with all of the classic and iconic mics available to Sphere L22 would cost a small fortune. In this context, the £1300-ish asking price is a steal for what is a truly game-changing microphone.