Not even on behalf of my addictions, did I go out and play last night.

As soon as I realized that I was going to “need” a couple shots of brandy and a bowl of weed in order to be in the right mood, I called the whole thing off…

“You’re not going into the Quarter?” asked a skinny black lady, whom I passed on my way to the grocery store, not the Quarter. “It’s a beautiful night for it,” she added after I had said “no.”

It was indeed a good night for it; the weather felt more comfortable than it had inside my apartment, which I have been keeping at about 76 degrees, lately.

The memory of the previous night of heavy drinking and playing with maybe just a bit too much abandon (perhaps “tipping” tourists off too much as to what their tip money would be going towards, in doing so) was still fresh in my mind, and in my bones.

I wasn’t even 24 hours removed from eating the whole tray of pecan shortbread cookies, along with the chocolate covered pretzels, and I was headed towards Winn Dixie to get alkaline water and apple juice, to go along with the prune juice I already had at home.

Jordan Peterson mentioned in the video that I posted 2 days ago that, if he ate the wrong thing, it would screw him up for a month.

I have had 2 nights, since the cookies, of strange dreams; dreams in which I am trying to do something but being frustrated every step of the way.

In last night’s dream, dreamed between 4 am and noon, I was trying to get out of a building and spent the whole dream looking for staircases -which might wind up leading to a balcony from where I could look down and see where I wanted to go, but was too high up to jump down to- or elevators that someone else would push the up button on as soon as I got in.

The whole building was like a maze, with hallways dead-ending into cubicles with chairs that would break and collapse if I tried to use them to boost myself up over the wall. At one point I could see an aerial view of the building I was in, on a TV somewhere in the building (I think the building was the subject of a manhunt for me, because I had shot someone earlier in the dream, using a long barrelled pistol that seemed to be made all of wood, rather than just the grip like on some real (non dream) guns.

I woke up from that around 2 pm, realizing that I had slipped 10 hours rather than my usual 8, for the second time in a row, since eating the wrong thing. I decided to do the Wim Hof breathing exercises even before having coffee, so that I could look forward to a cup throughout the half hour that it takes me to do them.

My lungs were a little bit wheezy, which traditional wisdom would blame on whatever amount of tobacco I had smoked the day before; but that amount; which I have reduced to just a pinch in a pipe every so often, hadn’t been making me wheeze before I consumed the whole tray of cookies that are “mucous producing” -a term I first encountered in the “3 Day Fast and Cleanse ” book I read in 1987; the upshot of which being that, after the cleanse a person will be able to avoid those high sugar, high carbohydrate foods; from gained a sense of how quickly they will destroy the feeling of well-being that had come through the hard earned cleansing.

I’m banking on the supposition that Jordan Peterson hadn’t discovered his optimal diet at that time in his life when eating the wrong thing would screw him up “for a whole month;” and hoping I can right myself within 3 days, the 2nd of which is today, using the tools at my disposal.

I’m already feeling an intense, gnawing, hunger in my stomach after just a day on alkaline water and juice alone; and it is my body wanting another whole tray of pecan shortbread cookies; the same way that I was intensely craving another whole bacon and chicken ranch stuffed crust pizza a day or two after eating one a couple weeks ago; then wearing it I would never do it again…

I blame eating the cookies on being so drunk that I woke up not even remembering having eaten them, but feeling so crappy that I was compelled to look in my trash can for clues, where I saw the empty package, and another piece of the puzzle fell into place.There was also an empty Coors Light can that I still can’t explain.

I am very hungry right now, but only have alkaline water and apple juice that I’m allowing myself to touch; this is like “the wall” that marathon runners hit at about the 19 mile point; after the body has burned all of the glycogen, or whatever, that was stored in the liver, or wherever, and begins to switch to burning fat, then eventually, the very muscles that it is relying upon to make it to the finish line.

They say it’s a very painful phase of a marathon; a point that separates “the men from the boys” (if I can use that phrase without getting canceled; sorry Leah Thompson) and the point when a lot of racers drop out, or drop way back. It’s also right about where “heartbreak hill” is situated along the Boston Marathon route; a pretty steep incline of about 800 yards, at the top of which very often arrives a new front-runner.

Powering through the “wall” is said to be the only way to truly experience the “runner’s high” which makes sense from the standpoint of pot smoking runners who start to metabolize fat that is laden with some THC from every joint they’ve smoked in the past month.

The same can be said of the faster who, like myself right now, is being screamed at by the stomach for food; and it’s willing to compromise: the can of tuna that you bought for Harold; that would be fine, even without anything to mix it with!

The truth is that I could budget out my food stamps and never have to leave the apartment; except to get food for Harold; maybe not even that, if I can discover some kind of “people food” that I could get for him using stamps. The tuna can’t be released upon, because of its high sodium content.

I would bet that, if I found a church around here to start going to every week, and after I got to meeting and talking with people; and it became known that my biggest concern, and only real responsibility, is my cat; then cat food might start being provided “in mysterious ways.” 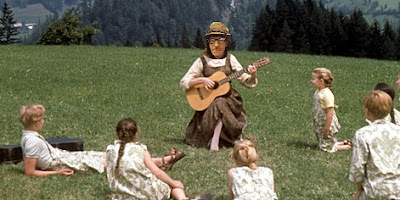 I could also find myself giving guitar lessons for money, say, every Wednesday night at the church for a couple hours. I think it’s my reluctance to “use” a church in that way which has kept me from going near one, since I moved here.